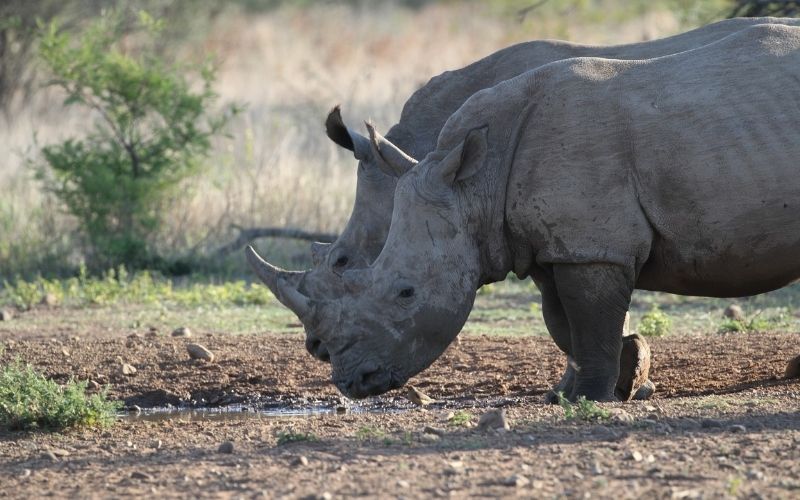 On November 2nd, ADMCF in conjunction with the Hong Kong University Law faculty released a white paper that outlined the rationale and mechanisms for Hong Kong to make a step change and treat wildlife crime in the city as the serious and organised crime that it is.

Why we need this change

Hong Kong is recognised globally for being an international trade hub.  Despite its small size[1], the city is home to the busiest air cargo hub, 4th busiest passenger airport and 8th busiest container port, in the world.

These ports and their infrastructure have been designed to facilitate the fast and efficient flow of goods into and out of the city.

Inevitably this means that the Customs and Excise Department have a mammoth task in regulating trade and combatting smuggling.

In recent years, there has been unprecedented growth in the wildlife trade in line with increasing regional wealth, demand for wildlife products and the development of sophisticated transport infrastructure. According to the Intergovernmental Science-Policy Platform on Biodiversity and Ecosystem Services (IPBES)[2], nearly one quarter of all wild terrestrial vertebrate species are now traded globally. International, legal wildlife trade has increased more than five-fold in value in the last 14 years and was estimated to be worth US$107 billion in 2019. The illegal wildlife trade is estimated to be worth US$7-23 billion annually.

This illegal trade involves poaching, killing and trafficking millions of animal parts as well as live animals in often horrendous conditions. Both trades have contributed to the recent and precipitous decline in many wildlife species and the assault on biodiversity globally.  Biodiversity is a critical component of healthy ecosystems and ultimately our own health and wellbeing.

Looking at just the illegal trade in Hong Kong, organised networks traffic large volumes of wildlife into and through the city.

From 2015-2019 over 18,000 live endangered animals were seized by Hong Kong’s authorities, including reptiles, birds and mammals.

From 2013 and 2019, 2,104 Mt of wildlife products were seized, equivalent to at least 130 rhinos, 3450 elephants and 110,000 pangolins – these are threatened species at risk of extinction and just three examples from the hundreds of species that are trafficked in Hong Kong annually.

These seizures also likely the tip of the iceberg representing just the failed attempts to traffic.

In May 2018, the Hong Kong Administration raised penalties for wildlife offences, in the hope of providing some deterrence. However, observations of hundreds of wildlife crime cases in court since then, indicate that while penalties are slowly increasing (but still remain well below the maximum of 10 years imprisonment), those prosecuted are mostly the hapless mules who knowingly or unknowingly traffic endangered wildlife for small financial rewards. Those behind the large container loads of wildlife seized are not prosecuted, nor are those behind the mules.

Unsurprisingly, wildlife trafficking as measured by seizures has continued despite the penalty rise. Hong Kong has broken four of its own records between January 2019 and April 2020 in relation to seizure of pangolin scales, rhino horn and shark fin.

Put simply, the policy needs to change. Wildlife crime offences need to be taken seriously and treated as organised crime – so that enhanced enforcement powers can be used to investigate, prosecute, sentence and the proceeds of crime can be confiscated and ultimately deter offenders.

Hong Kong’s enforcement authorities claim there is little evidence that wildlife crime in Hong Kong is the work of organised networks and indeed that these crimes are serious.  This is despite the large sums of money involved, the associated nefarious activities such as money laundering and the implication of Hong Kong residents in the sanctioning, investigation, indictment, prosecution and conviction of Transnational Criminal Organisations for wildlife trafficking, in other jurisdictions.

Growing Global Recognition – the time to act is now

There is however growing global recognition that the illegal wildlife trade is organised and is serious and needs to be tackled as such by enforcement authorities.  The United Nations General Assembly (UNGA), the United Nations Office on Drugs and Crime (UNODC), Interpol, the World Customs Organisation, the World Bank Group and the Convention on International Trade in Endangered Species of Wild Fauna and Flora are just a few who are in such agreement. UNGA has passed resolutions calling upon Member States “to make illicit trafficking in protected species of wild fauna and flora a serious crime”.

So where does Hong Kong go from here?

Hong Kong already has legislature in place to tackle the growth of organised and serious crimes– the Organised and Serious crimes Ordinance (OSCO). But wildlife offences are excluded. In recent years amendments have been made to OSCO to include copyright, trade description and insider trading offences.

As noted, the Hong Kong government has increased the penalty for wildlife crime offences to a maximum of ten years; the United Nations Convention against Transnational Organized Crime (UNTOC) defines serious crimes as ‘conduct constituting an offence punishable by a maximum deprivation of liberty of at least four years.’ The inference is that Hong Kong should consider these crimes as serious given its new penalty regime.

The white paper mentioned above, describes the mechanism for introducing wildlife crime offences into OSCO – the why and the how. What is needed is political will, to act.

Hong Kong Legislator Elisabeth Quat, long a proponent of animal welfare had indicated her intention to submit a Private Members Bill, proposing the much-needed changes. Preventing the mass extinction of species and combatting its drivers such as the wildlife trafficking is hopefully a non-partisan issue and one that the Hong Kong government and legislators can get behind. Let’s not forget – the illegal wildlife trade and the consumption of wildlife as noted by IPBES, is also a globally important risk for future pandemics.