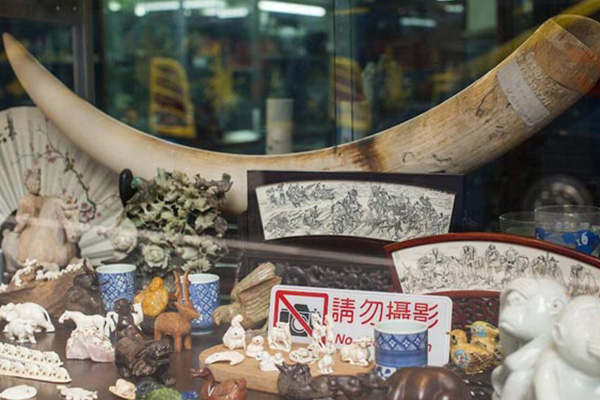 Will Hong Kong bow to increasing pressure and ban the ivory trade?

In 2013, SupportHK launched its first petition on the illegal ivory trade. This called for the Hong Kong Government to destroy its 33-tonne stockpile of confiscated illegal ivory and by doing so, send a message to the world that Hong Kong will no longer be seen as the weak link in the ivory supply chain. In 2014, this came to fruition with the government destroying about 1.2 tonnes of ivory, with plans to destroy 28 tonnes in total over the next 2 years.

The ivory trade has been the focus of considerable international media recently with celebrities from Chinese film star Li Bingbing to Prince William pushing for an ivory trade ban. In recent months, both President Barack Obama and President Xi Jinping have led the conversation by pledging to halt the domestic commercial ivory trade in the US and China.

“Hong Kong has always been the ivory laundry of the world. The moral imperative has shifted from China and the US, who are in a position to say they are going to close the ivory trade down, to Hong Kong to do the same,” said Peter Knights, executive director of WildAid in San Francisco.

As might be expected, Hong Kong is facing increasing pressure to follow in China’s footsteps, particularly with the announcement in October 2015 of the Government’s one-year ban on imports of African ivory hunting trophies.

“Elephants in Africa are facing a deadly threat right now. The world is highly concerned with elephant protection and there is an urge to halt all elephant poaching activities that include hunting elephants to acquire ivory as trophies,” said the director of China’s State Forestry Administration (translated from Chinese). “The temporary ban will demonstrate our country’s determination and efforts in protecting elephants.”

With China cracking down on illegal ivory, one could reasonably assume that Hong Kong would immediately follow suit. As it turns out, however, the HKSAR Government has a lot to learn, as was revealed by an undercover video released on CNN and provided by WildAid. This showed the appalling ease with which ivory could be smuggled into Hong Kong and over the border into China, effectively highlighting apparent weakness in Hong Kong’s enforcement system. Counterfeit documents, according to traders in the video, were very easy to come by in order to move the illegal ivory they had imported to replenish their stocks of supposedly legal pre-ban ivory. Similar atrocities were revealed in Al Jazeera’s video report on elephant poachers in Africa.

With so much corruption in the supply chain it is imperative that the HKSAR Government steps up and starts dealing with the illegal ivory trade.

Despite the HKSAR Government’s historic stance on rejecting calls for a ban on the illegal ivory trade, last week we thankfully started to see some change in the Government’s attitude. According to the SCMP, the Government has announced it is now “open-minded” to implementing a ban on the domestic trade. While this is only the first step in a hopefully short road to an outright ban, it is certainly encouraging to see the Government paying attention to how the world, particularly mainland China, is reacting to this problem.

Hong Kong legislator Elisabeth Quat has been pushing for an ivory ban for some time, see what she had to say here.

About the author:
Emily grew up in Hong Kong and has a Bachelors in Psychology and a Masters in Marine Science. Working for the ADM Capital Foundation she spends most of her time focused on marine conservation, particularly in the South China Sea, and the illegal wildlife trade.