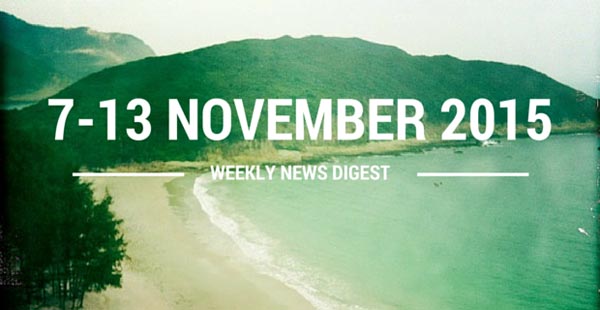 Commentary of the week

This week the government’s comments on the potential to use country parks for residential housing gained much press attention. With Hong Kong’s lack of space driving both price and demand through the roof, the Government is faced with the persistent problem of where to build more affordable housing, particularly for those of relatively limited means.

According to various sources (see below) country parks are being considered as a likely area for future low-income housing development. Interestingly a group of researchers has responded by suggesting that the Government apparently has around 1,201 hectares of space set aside for “Village Type Development”. It seems curious that the Government would not be building on this land and would instead choose to exploit some of the city’s valued natural resources.

Given Hong Kong’s high density population and its high pollution levels, green spaces such as country parks are important for our health and general well-being. The question is that if the government solves this particular housing issue by developing country park land, then where will the line be drawn? With the steadily rising population, will they simply continue to develop until there is nothing left?

Clearing of such land for development will likely have serious ecological consequences as can be demonstrated by the Hoi Ha coastal protection area in Sai Kung. This is one of Hong Kong’s most beautiful seaside villages, surrounded by country and marine parks. The marine park here is of particular importance as it is a Site of Special Scientific Interest, home to 64 species of coral. The forested area that was cleared for residential development acted as an ecological buffer zone protecting the marine environment from excess mud and sediment being washed in by the rains. Now the coastal area will be inundated with sediment potentially affecting marine life and the quality of the water. It seems an Environmental Impact Assessment really should have been carried out prior to the clearing. Unfortunately nothing was done as the area was already zoned for village-type development and since the land lease conditions, being privately owned land, had no tree preservation clauses, there was nothing illegal about the clearing.

Turning away from Hong Kong’s ubiquitous land development issues, the pressure has continued mounting on the Hong Kong Government to enforce a ban on the ivory trade. With the US and China leading the way, Hong Kong really needs to step up, particularly given its crucial role in the supply chain. For more information on this, read our blog.

The following are the key stories concerning environmental issues in Hong Kong for the week 7-13 November.

Turning country parks into residences is an option, Leung says
Chief Executive Leung Chun-ying said supplying more land for housing does not have to be in conflict with the need to preserve country parks. He also welcomed proposals to designate some of the land reserved for country parks for residential use.

Gov’t has ample vacant land for flats and need not develop country parks, research group says
A group of independent researchers published a post on Facebook said that according to the one and only time the government released official figures on vacant public land – which was in 2012 – there were around 1,201 hectares reserved for “Village Type Development”. That would equal the land area of around 900 football fields, even after discounting the slopes.

Fears for marine park as enclave is cleared of trees
Local green group discovered tree felling in private land adjacent to a green belt and coastal protection area, which may allow rain to sweep mud and sediment straight into the sea, contaminating the pristine coral.

LegCo panel unanimously calls for new committee on animal rights
The Legislative Council Panel on Food Safety and Environmental Hygiene passed a motion on Tuesday afternoon calling for the setting up of a committee for animal rights in an effort to tackle the issue of animal abuse. Animal rights activists applauded the motion raised by Civic Party member Claudia Mo.