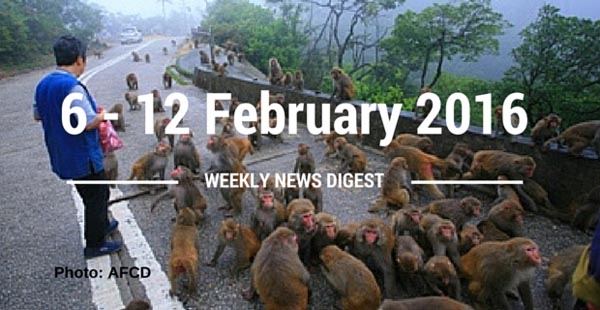 Killing horseshoe crabs for good karma? Misguided Hong Kong Buddhists send pre-dinosaur species to their death, say conservationists.
The Buddhist practice is based on the belief that humans can be reincarnated in any animal form. By releasing seafood such as crabs, fish and clams back into the sea, but the chances of horseshoe crabs surviving the ordeal are slim, especially if they are released near piers where the water is more polluted and they fail to adapt to a new environment.

On nature conservation:
Hong Kong kicks off Year of Monkey, but primate relations sour.
Hong Kong’s hillside monkey colonies are a popular draw for tourists and locals, but after reports of them stealing children’s lunches, running amok in a school yard and shoplifting bread, some are fed up with the pesky primates.