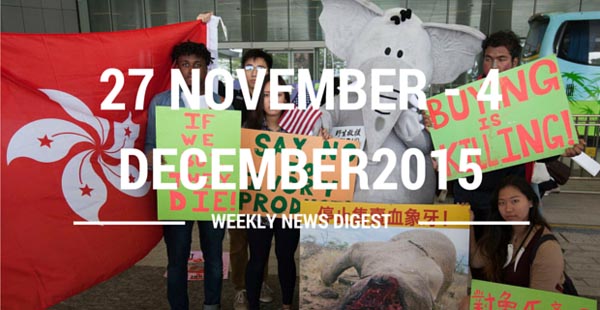 Every Breath We Take.

According to EJ Insight, a green group’s research findings shows that levels of ozone (the main component of smog and a powerful respiratory irritant) are particularly high in three of Hong Kong most densely-populated districts – Tuen Mun, Kwun Tong and Tung Chung. This is not good news for the elderly, children and those with heart or respiratory illnesses. The report says that ‘the addition emission sources in the region – such as the planned third runway at the airport, the Hong Kong-Zhuhai Macau Bridge, new boundary-crossing facilities and waste incinerators – would add to ozone pollution’.  In the meantime, it seems the government is not concerned with such findings, responding that ozone is a secondary pollutant; hence including it in the environmental impact assessments of such proposed developments is unnecessary. Judging from the government’s rather relaxed attitude towards climate change, their apathy to ozone pollution and its hazardous effects is not a surprise. The days of having to ‘stay indoors’ and ‘reducing physical exertion’ could easily become part of every day life for the Hong Kong public. But this is not all, the report also concluded that ‘the cost of health care would soar by at least HK$988 million per year for the rest of the century – just from ozone.’ Whose cost is that?

Besides the unavoidable irritant in the air, something is also lurking in the water we drink. Recently, an industry-focused research conducted by Greenpeace confirmed that the drinking water stored in three Hong Kong reservoirs contain high concentration of perfluorinated compounds  (PFC) that could cause health problems including cancer. The tested water samples likely come from the Mainland DongJiang River according to the research finding, while the Water Supplies Department said the contrary in one news report. In case you don’t know, the DongJiang accounts for 75% of our drinking water. What’s wrong with that? Despite evidence on the River’s pollution problems due to chemicals from the surrounding industrial activities, Hong Kong relies on China for fresh water supply, while China has its own water problems, how safe is our water? When the Water Supplies Department was presented with the research findings, they said that testing on drinking water does take place, so maybe we can relax?

While the government is giving us a signal to prepare for a bigger healthcare budget due to the impacts of air pollution and ambiguous water issues on our health, we can still take a stroll in our lovely country parks and take a selfie. On December 13, volunteers from The Save Our Country Parks Alliance helped visitors take pictures and upload onto their social media accounts in 15 country parks in Hong Kong. The campaign named ‘Save our country parks‘ was led by WWF-Nature, Green Power and Designing Hong Kong to raise awareness of the potential ecological impact of the government’s proposal on developing country parks for housing.  Hong Kong has 24 country parks which account for 40% of its land mass and they are habitats for some of Hong Kong’s amazing wild plants and animals.  With much scepticism about the Development Secretary Paul Chan’s recent blog post saying the government has no plan to develop country parks for housing [at this point], which is also a contrary of what he said “Hong Kong must support building in country parks to ease housing crisis” in 2014, we better enjoy the country parks while they last.

Another news story that cheered us up was that 37 out of 38 legislators stepped up to stand with NGOs by passing unanimously a motion calling on the Hong Kong government to step up the fight against wildlife crime and ban the ivory trade. The Legislative Council passed the motion tabled by the DAB’s Elizabeth Quat in a rare display of political unity from both pro-establishment and pan-democrat lawmakers. At the time of the global ivory ban of 1989, the Hong Kong ivory traders held 460 tonnes of ivory when the ban became enshrined under Hong Kong law in January 1990. Today, approximately 111 tonnes are kept under Licence to Possess for commercial purposes, according to Acting Environment Secretary Christine Loh. With 111 tonnes of ivory still on the market, and with existing restrictions on domestic ivory trade clearly inadequate and allowing loopholes for illegal ivory to be laundered into the so-called “legal” ivory trade, the question is whether the government is actually doing enough? Will the Hong Kong government follow China and the US and ban the ivory trade? Only time will tell.

Below are our selected news reports:

On pollution:
Bad air days: three Hong Kong districts rank worst for air pollution
According to a local research, Kwun Tong has emerged as the worst district in Hong Kong in terms of air pollution.

Reservoirs with Dongjiang water found with higher PFC levels
A local study said three drinking water reservoirs that store water from the mainland’s Dongjiang River were found to contain a high concentration of chemicals that could cause health problems including cancer.

On wildlife conservation:
End of the road for ivory trade? Legislature passes motion calling for smuggling crackdown
The Legislative Council on Thursday passed a motion calling on the Government to step up efforts to crack down on the smuggling of wildlife products.

460 tons of ivory imported before ban, Loh says
Hong Kong traders imported about 460 tons of ivory before the 1990 ban under the Convention on International Trade in Endangered Species of Wild Fauna and Flora (CITES) became effective, according to Christine Loh.

LCQ22: Recovery of waste through the three-coloured waste separation bins

Government rezoning land for housing development- Paul Chan refers to opposing views holding “life-and-death” attitude
In a blog post written by Development Secretary Paul Chan, he criticizes opposing opinions show “life-and-death” attitude on the issue of rezoning green belt land for housing development. He also reiterates that no homes will be built on Hong Kong country parks in his term.