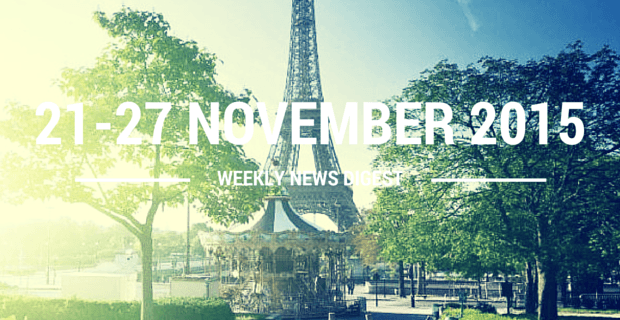 Is Hong Kong dragging its feet on key environmental issues?

Two incidents in Hong Kong last week prompted many of us to ask what’s wrong with our values and incited innumerable angry comments.

Firstly a ‘raincoat-clad man’ who, according to a witness, fired an arrow from a crossbow at a stray dog in Tze Wan Shan; and secondly a pink-haired Hong Kong ivory trader raised his middle finger at a Kenya-based NGO while standing in the doorway of his shop ‘Antiques and Collectibles’.

Unfortunately the Hong Kong Government has been dragging its feet on wildlife issues and animal welfare in general, possibly prompting the response. But it seems these are not the only issues where this is the case.

Also in the press was the government’s response to climate change.  We should be hearing lot about that in the near future, with COP 21 now in full swing. Yet, so far the government has not announced any actions on reducing emissions for Hong Kong prior to the Climate talks in Paris.

According to WWF-HK, if the HK government’s current plan goes well i.e. to reduce carbon dioxide emissions by 19 to 33 per cent by 2020, the low-end of the target which was set in 2005 could be reached only if the long-promised initiative to reduce the burning of coal for electricity generation is implemented. This is worrying because we still don’t know whether the Government is leaning towards CLP’s proposal on gas-fired power. We need to take note of the fact that burning natural gas does produce nitrogen oxides, which are precursors to smog. The Government also lags behind other countries in setting a city energy reduction target. Looking at the facts, that the  EU pledges to cut its emissions by 40 per cent (from 1990 levels) by 2030 and China aims to reduce carbon intensity by 60 to 65 per cent by 2030 (from 2005), our Government is only working to fulfill what was set in 2005 by 2020 and that’s all. What makes them think this is enough?What  we find irksome is the seemingly  relaxed approach that Environment Secretary K.S. Wong has for the COP21 climate talks, which highlights Hong Kong’s own fragility in the face of climate change.

It seems that Government is leading us to a rather gloomy future with its reactive and passive approach to tackling environmental issue generally.  It also seems to have plans to disrupt the balance between green and urban land further and  having dragged its feet on managing Hong Kong’s waste effectively for many years, is planning proposed a waste incinerator at a pristine site at Shek Kwu Chau. Not surprisingly a judicial review on the HK$19 billion proposal was launched by Cheung Chau resident Leung Hon-wai, who claimed the incinerator would affect the health of those on the nearby island.  Notably, the Head of Department that is supposed to assess the project (EPD) is also the secretary for the Environment Bureau – is that a conflict of interest? Unfortunately not, according to the findings of judicial review this week.

On the issue of preserving undisturbed land, the Agricultural, Fisheries and Conservation Department (AFCD) put a brake on proposals for creating Hong Kong’s 25th country park (Robins Nest). It was reported in 2014 that the Executive Council approved two relevant zoning plans, but there has been no further action since.

What’s puzzling is that the AFCD did not provide any precise reasons as to why the proposals are still only ‘under consideration’. An HKU biology expert who also serves as a board member of the Country and Marine Parks Board said the “Robin’s Nest Park has been a clear promise made by the authority and explanation must be given if the plan might be dropped.”

This, together with Paul Chan’s on-going rhetoric (even though he reversed his stance lately) on developing country parks to solve the housing crisis (recently echoed by a local think tank run by Tung Chee-Hua and somewhat surprisingly welcomed by Beijing) suggests that the debate on developing green land into residential use will become louder. So we see increasing conflict between the public and the Government on this issue.

Despite all of this however, there seems to be some good news on heritage conservation. This includes i) turning the former Fanling Magistrates’ Court into a centre for The Hong Kong Federation of Youth Groups (HKFYG) to provide space and opportunity for teenagers to learn and develop; and ii) the planning of converting Haw Par Mansion (a.k.a. Tiger Balm Garden) in Tin Hau into a “music farm” which provides music courses and promotes musical education to the Hong Kong public is taking shape.

It would certainly be nice for the Hong Kong public to enjoy the cultural and social benefits these projects promise to bring, but these don’t help the public cope with the more critical issues. Which as outlined above include climate change and the impractical distribution of land in Hong Kong which favours neither the future of country parks or the public, who simply want a sustainable and greener living environment.

Read below the selected news stories –

On animal welfare:
Teens savaging animals: What has gone wrong with our values?
Animal cruelty remains a problem in Hong Kong.

Paris climate summit crucial, warn HK activists
A local environmentalist has warned of serious consequences if countries fail to reach a legally-binding agreement to cut carbon emissions at an upcoming summit in Paris, saying it is a “matter of life and death”.

On heritage conservation:
Music to ears as Haw Par set for new life
A HK$167 million plan to convert Haw Par Mansion into a “music farm” has cleared its first hurdle, with lawmakers in the Public Works Subcommittee giving it the thumbs-up.

On marine conservation:
The Process of Supplying Sustainable Fish to Hong Kong [interview]

On pollution:
Thousands of dead fish found in Kam Tin River
Tens of thousands of fish were found dead and decomposing in Yuen Long’s Kam Tin River, with authorities not sure of the reason behind the phenomenon.

On waste management:
Court clears path for Shek Kwu Cha incinerator
The path is clear for the proposed construction of an incinerator on the outlying island of Shek Kwu Chau after the Court of Final Appeal rejected a challenge against it.

Maasai tribesman leads Hongkongers in protest against ivory trade
A 50-strong crowd of protesters marched through the streets of Sheung Wan and called for the government to crack down on ivory trading. A man had a neon pink mohawk shouted and pointed his middle finger to the crowd.

Additional news in the Chinese-language press:
People’s Daily: Hong Kong country parks and land supply is “You can’t have both fish and bear’s paw‘
The article headlined “Hong Kong should discuss sacrificing country park land to build more houses” was published in the overseas edition of the People’s Daily on Thursday 26 November.