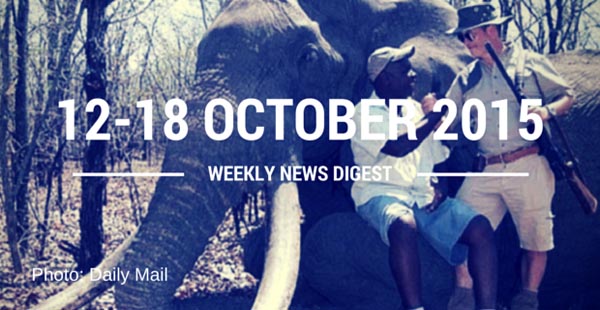 The following are the key stories concerning environmental issues in Hong Kong for the week 12 – 18 October.

On Wildlife:
Elephant Walk – Marches for animals
The annual Elephant Walk, organised by a local green group, brings attention to the thousands of African elephants poached each year for their ivory.

China imposes year-long ban on the import of ivory hunting trophies
China announced a one-year ban on imports of African ivory acquired as hunting trophies in the country’s latest effort to fight wildlife poaching and trafficking.

On Pollution:
Thousands dying in region from ozone pollution caused by warming, Chinese University study finds
A recent study conducted by Prof. Amos P.K. Tai of the Earth System Science Programme at The Chinese University of Hong Kong (CUHK), discovered that regional warming in China alone over the past few decades might have worsened surface ozone air pollution, contributing to more deaths per year from respiratory diseases.

Opinion:
Breathe and whisper in Central
Local green groups joined together to give the Town Planning Board a proposal to convert Des Voeux Road Central into a tram and pedestrian precinct – a promenade without traffic noise and roadside air pollution.