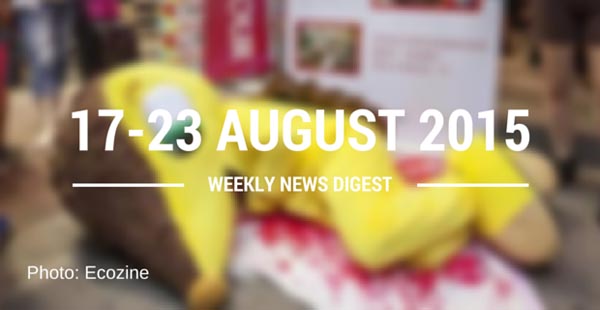 The following are the key stories concerning environmental issues in Hong Kong for the week 17-23 August.

On wildlife conservation:
Protecting Pangolins
Humane Society International (HSI) launched a campaign to raise public awareness and urge the HK government to protect this small and adorably weird mammal. In case you didn’t know, pangolins are native to Hong Kong.

Hong Kong grocery store apologises after cans of whale curry found on shelves
In response to the public outcry, 759 store pulled the offending canned whale meat from its shelves.