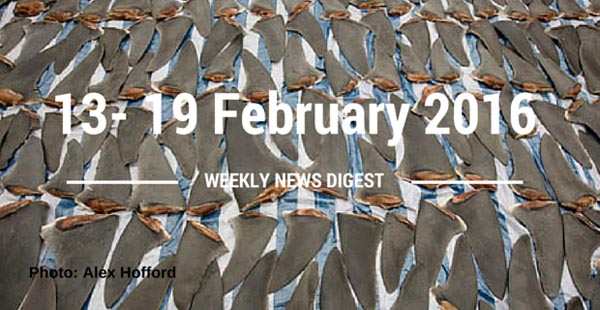 On food safety:
Lead-tainted mainland vegetables sold in HK as organic produce.
A sample of amaranth greens, from a local farm, sold at local supermarket was found to have excessive lead content, however, sample obtained from those organic farms, the heavy metal levels in them were much lower than in the samples from those markets.

On nature conservation:
Illegal tree-felling in Clearwater Bay conservation area.
The Planning Department said no excavation works is allowed within conservation areas without permission from the Town Planning Board. It said it will conduct an investigation and will take action if any violations are observed.

Green groups hit govt move to open closed roads in South Lantau.
The Transport Department will allow up to 25 private cars to enter closed roads in southern Lantau during weekdays for leisure and recreational purposes starting Feb. 26, but local green group Friends of Lantau, criticized the government for neglecting the safety of local residents by opening up the restricted roads before the ongoing road maintenance work is completed.

On urban development:
Gov’t backtracks on Tsim Sha Tsui waterfront development, will adopt simplified plan.
According to Leisure and Cultural Services Department (LCSD), no additional structure, such as the originally proposed film gallery, observation decks and extra food and beverage outlets, will be built,  the area will be continue to be managed by the LCSD.

Hong Kong’s first organic waste treatment facility is expected to open in North Lantau by the middle of next year. It will be able to process about 200 metric tons of organic waste a day into biogas and fertilizers.

Greens make soap at police station, saying ‘weapons’ raid was unjustified.
Four people associated with the group “Oh Yes It’s Free” – which aims at categorising rubbish and recycling it – were arrested on last Thursday (Feb 11) night as their warehouse in a Kwai Chung industrial building storing the articles was raided. Among them was a group member who rented the flat and three environmentalists who helped in the operation of the recycling activities.

Government press release:
LCQ12: Measures to promote the use of environment-friendly commercial vehicles

LCQ15: Removal of abandoned fishing nets in the sea