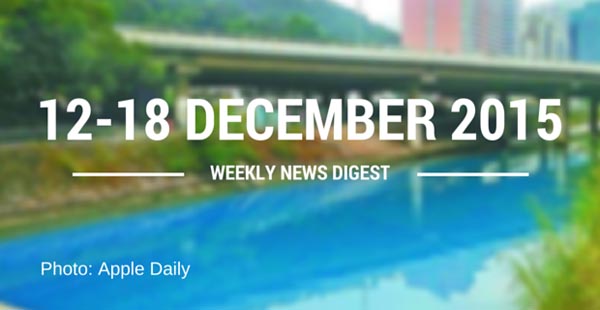 This week, 14 NGOs and academics working on wildlife trade issues called on the Hong Kong government to do more to fight wildlife crime. From shark fin to elephant ivory, from rhino horn to pangolin scales and totoaba fish maw – Hong Kong’s wildlife trade is hurting the city’s image and is decimating threatened species worldwide. The government is just not doing enough to regulate the trade in endangered species through Hong Kong. For example, Hong Kong’s domestic ivory trade has been proven to be contributing to the loss of 33,000 elephants in Africa every year.

How bad is the situation in Hong Kong for endangered species? Why is our city becoming a wildlife trafficking hotspot? What can our government do? The alliance of NGOs published a report full of research and analysis on the subject and presented it to the government earlier this month. You can download the complete report and infographic to judge for yourself how bad the situation really is here, as well as check out what the government should really be doing:-

On wildlife conservation:
HK ignoring rise in wildlife crimes: says green groups
An alliance of 14 NGOs and concerned individuals urged the Government to recognise wildlife crime as both a serious and organised crime, and increase maximum sentences meted out by the courts so they act as a more effective deterrent.

On animal welfare:
Police suspect poisoning after two dogs found dead in Yuen Long
A villager from Shung Ching San Tsuen called the police on Monday morning (14 December) after she saw a mongrel die by the road with its mouth foaming, Ming Pao Daily reported the following day. Responding police officers suspected the dog had been poisoned after finding two bags of chicken meat dyed purple lying beside the body.

With oil prices plummeting, 1% power bill cut leaves lawmakers wanting more
A local resident interviewed by Radio Television Hong Kong (RTHK), said that the reduction was not even enough to cover the costs of a breakfast.

On food safety:
Supermarkets halt Kusmi Tea sales amid pesticide residue worries
Taiwan’s Food and Drug Administration revealed that “Boost” and “Imperial Label” tea had Mepronil (a type of pesticide) levels that were 7 times and 2.4 times higher respectively than the normal standard. For safety reasons, supermarkets and other grocery outlets in Hong Kong have stopped selling them.

On heritage conservation:
HKU proposes heritage status for 170-year-old stone marker
Students and teachers from the University of Hong Kong discovered the border obelisk No. 4, which dates from the earliest days of the British presence in Hong Kong, in the Lei Yue Mun Park and Holiday Village in Sai Wan Shan in Chai Wan district.

On land development:
Wan Chai residents bemoan loss of old ‘Wedding Card Street’
The Urban Renewal Authority had in 2003 unveiled a redevelopment initiative for Lee Tung Street, known as the Wedding Card Street. After a twelve-year-long revamp, the street has finally re-opened, but there are only a few of the traditional wedding product shops still left in the area.

Michael Suen says small house policy needs to end
Michael Suen, theformer Secretary for Housing, Planning and Lands, said in an RTHK programme, that he had hoped to resolve the problem within his term but was unable to do so. It was apparently too difficult to meet the demand for small house rights because no quota was imposed on them.

On natural conservation:
Hongkongers rally to #SaveOurCountryParks
Over 30 environmental groups came together to form the “Save Our Country Parks” alliance. They called upon citizens to visit and celebrate Hong Kong’s 18 country parks on December 13.

Green groups urge protection of nature reserve from organic farm
WWF-Hong Kong and the Conservation Association said they received tips two months ago about a local farmer’s attempt at development in Sha Lo Tung, an enclave of Pat Sin Leng Country Park and one of the 12 nature reserves prioritized for conservation by the Government.

On pollution:
Second Shing Mun River pollution incident this month: Fotan has a blue Danube
A spokesperson of the Environmental Protection Department said they had taken water samples from the river for tests while the Drainage Services Department said they had sent officers for an investigation on Sunday. Unfortunately they have been unable to determine the cause of the colour change so far.

Transport expert backs congestion charge plan
Hung Wing-tat from Hong Kong Polytechnic University said the initial congestion charge for drivers in and around Central in peak hours could be as low as a few dollars.

LCQ23: Management and maintenance of trees