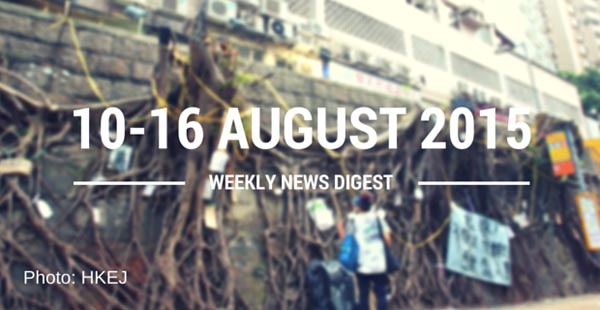 On nature conservation:
Express rail works halt as MTR fails to contain damage at Mai Po marshes
A section of the bund of an ecologically valuable fishpond along Tam Kon Chau Road has vanished due to subsidence caused by controversial Guangzhou-Shenzhen-Hong Kong Express Rail Link. Green groups express concern about the pond and whether it is still suitable for fish farming.

On wildlife trafficking:
Hong Kong must stop being the weakest link in efforts to end the bloody ivory trade
Amidst a growing global wildlife trafficking crisis,  lawmaker Elizabeth Quat urges the government to increase the maximum penalties for smuggling ivory and  to rapidly phase out all ivory processing and sales in Hong Kong.

Airport X-ray machine nails smuggled live turtles
Hong Kong customs officials found dozens of live turtles suspected to be from Los Angeles, via Tokyo. The case has now been handed over to the Agriculture, Fisheries and Conservation Department for follow-up action.