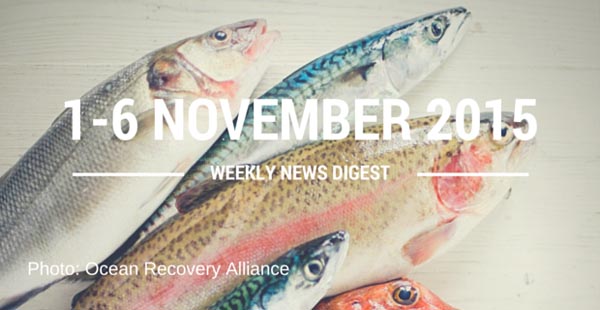 Commentary of the week:

The University of British Columbia Economic Research Unit on Tuesday released a report in Hong Kong showing the critical state of the South China Sea fishery, which is responsible for 22 percent of our seafood. The research shows that if we continue to consume as we have been, without regard to where our fish comes from, or whether or not the species is endangered, we won’t have adequate supply in the future. That is unfathomable for Hong Kong, which not so long ago produced 90 percent of the seafood we consume and now imports that same amount to feed our population.

Many people seem to think that aquaculture is a solution but this is not the case, with 40-50 percent of fish food made up of marine product and feed conversion rates quite low. That means as much as four pounds of wild caught fish is sometimes needed to grow just one pound of farm-raised fish.

We need urgently to consider how we are consuming seafood and only eat sustainably supplied seafood. The Ocean Recovery Alliance this week launched the “Kin Hong” sustainable Seafood month with restaurants and caterers in Hong Kong to help people understand they have a choice.

Another challenge where Hong Kong needs to take action is the wildlife trade. There were at least two reported regional apprehensions of illegal wildlife trade product this week. We must accept responsibility for our unhappy spot at the centre of the global wildlife trade, much of it destined for China.

Wildlife trafficking is low-risk, high-profit and today ranks amongst the top five global crimes in terms of value. We are now at a tipping point where trafficking is contributing significantly to the continuing decline of threatened wildlife globally, effectively pushing many species to the verge of extinction.

The following are the key stories concerning environmental issues in Hong Kong for the week 1 – 6 November.

Two smugglers from Zimbabwe caught with 36kg of ivory worth HK$360,000 at Hong Kong airport
Hong Kong Customs seized about 36 kilograms in total of suspected ivory products, worth about $360,000, and arrested two men at Hong Kong International Airport on Tuesday.

On animal welfare:
Wild boar rescued by dragon boat team in Tseung Kwan O
A wild boar had to be rescued on Sunday when it was spotted swimming in the water near the LOHAS Park in Tsuen Kwan O.

A touching scene: Hong Kong cattle try to save bull hit by a car
A large black bull was struck on a road in Ma On Shan over the weekend.

Call for Po Toi Islands to be country park
Five local green groups have jointly called on the government to make Po Toi Islands a statutory country park. One of the groups, the Hong Kong Bird Watching Society, said over 300 species of birds have been recorded on the island and its nearby waters. Po Toi is a crucial refuelling stop for migratory birds.