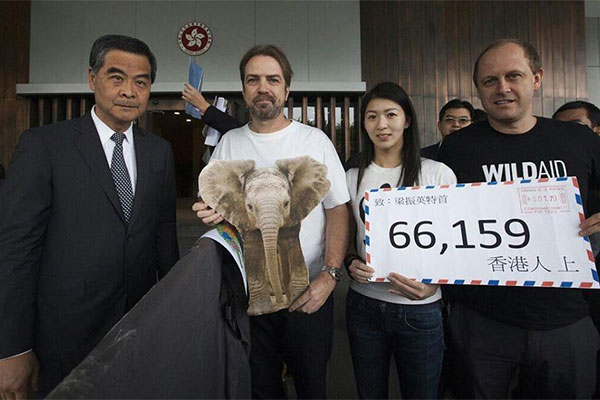 So WHEN will the ivory trade ban happen actually?

After much anticipation on a local ivory trade ban, Hong Kong Chief Executive CY Leung announced in the 2016 Policy Address that the Government will “kick start legislative procedures as soon as possible to ban the import and export of elephant hunting trophies and actively explore other appropriate measures”, together with increased monitoring and heavier penalties on smuggling / illegal trading.

Such initiative has drawn attention to the Government’s change in attitude – from their denial that a problem exists, to them being open-minded in October last year, to being pro-ban today. Although this is certainly great news, around 100 elephants are still being killed every day in Africa, so the Government must give a timeline in order to get their work done before it is too late.

At the same time, we hope the Government will look further and do more to benefit other endangered species such as sharks, rhinos, pangolins and tigers, whose body parts are still highly sought-after both locally and in China.