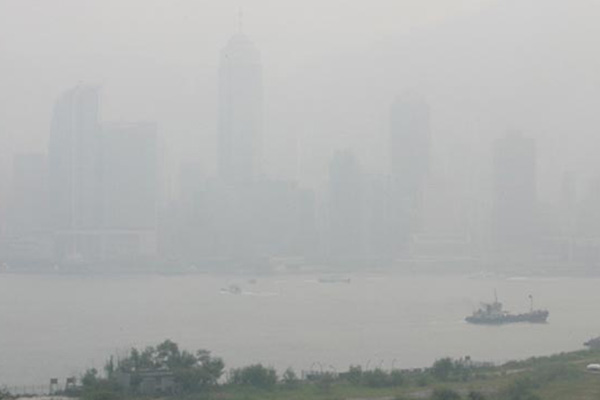 Following is a question by the Hon Emily Lau and a reply by the Secretary for the Environment, Mr Wong Kam-sing, in the Legislative Council today (November 25):
The Secretary for the Environment (the Secretary) will attend the United Nations Climate Change Conference, COP21 (the Climate Conference) to be held in Paris at the end of this month, and the C40 Large Cities Climate Summit will also be held in Paris at the same time. So far, the Secretary has not announced any new emission reduction commitments for Hong Kong and he has merely indicated that he will co-ordinate the efforts within the Government and communicate with the industries concerned after the Climate Conference. There are comments that this stance is not conducive to promoting international and inter-city discussions on addressing climate change.

Regarding the Government’s efforts in addressing climate change, will the Executive Authorities inform this Council:
(1) given that there are a number of issues on the agenda of the Climate Conference, of the issues the discussion of which will be participated by the Secretary, and the major issues of concern of the authorities; whether the Government will pledge to set more stringent carbon reduction targets; if it will, of the details and the implementation date;
(2) given that electricity generation and transportation are the major sources of greenhouse gas (GHG) emissions in Hong Kong, and the Scheme of Control Agreement (SCA) which regulates the power sector will expire in 2018, whether the Environment Bureau (ENB) has any plans to require the two power companies to shoulder more responsibilities in reducing GHG emissions under the new SCA; if ENB has such plans, of the details; concerning the reduction of GHG emissions from transportation, apart from the emission reduction measures mentioned in the Hong Kong Climate Change Report 2015, whether the Government has made reference to the experience of other regions and conducted studies on introducing other emission reduction measures; if it has, of the details; and
(3) given that the C40 Large Cities Climate Leadership Group has organised the C40 Cities Climate Leadership Awards for three successive years since 2013 to commend cities for implementing effective policies relating to climate change (e.g. promoting low-carbon lifestyle and green buildings) and share the experience with other cities, and that Hong Kong, despite being a member of the C40 Steering Committee, was not granted any awards in those three years, whether ENB has reviewed what relevant policy areas improvements on which Hong Kong needs to make, in order to enhance its efforts in addressing climate change?

Reply:
President,
Established in 2005, the C40 Cities Climate Leadership Group (C40) is an alliance formed by cities around the world to address climate change. The C40 endeavours to promote member cities’ efforts in sustainable development including carbon reduction. As a member city, Hong Kong is also a member of the C40 Steering Committee.
The United Nations (UN) adopted the UN Framework Convention on Climate Change (UNFCCC) in 1992, and have convened the UN Climate Change Conference (COP) on a yearly basis since 1995. The COP serves to report on the implementation of the UNFCCC, adopt resolutions on regulations and conduct discussions about new commitments. The 21st COP (COP21) will be held in Paris, France in December 2015.

My reply to the question raised by Hon Emily Lau is as follows:
(1) I will attend the C40 Steering Committee Meeting, C40 Forum, etc. to be held in Paris this December. I will also join the national delegation in attending various activities of COP21 including the High-Level Segment, and will conduct and chair a seminar in the COP21 exhibition centre to discuss Hong Kong’s strategies for addressing extreme climate risks. We will keep in view the discussions conducted and agreements reached at COP21, and will study the agreements in detail, particularly the relevant carbon reduction commitments. We will also review our policies in the light of the latest developments worldwide and local circumstances in addressing climate change in the post-COP21 era.

(2) To reduce carbon emission from electricity generation, we earlier reviewed the future fuel mix for electricity generation and consulted the public. Having regard to the views received, in launching the public consultation on the future development of the electricity market in March this year, we announced that we would increase the percentage of gas generation to around 50 per cent in 2020 and maintain the current interim measure to import 80 per cent of the nuclear output from the Daya Bay Nuclear Power Station, such that nuclear import would account for around one-fourth of the total fuel mix. Subject to public views on the tariff implications, the Government is prepared to support the development of more renewable energy. In addition, the Government will enhance its efforts to promote energy saving and meet the remaining demand for electricity by coal-fired generation. These measures will help us achieve the target of reducing the carbon intensity by 50 per cent to 60 per cent by 2020 when compared with the 2005 level. We will implement the above plan with the power companies in the next regulatory period.  Besides, in negotiating the new Scheme of Control Agreements with the power companies, we will also consider putting in place a suitable mechanism to enhance the promotion of energy efficiency, energy saving and the use of renewable energy by power companies.

As regards the reduction of greenhouse gas (GHG) emissions from transportation, we will continue to encourage the use of public transport services and develop a transportation system with railway as the backbone. The “Railway Development Strategy 2014” recommends that seven new railway projects be completed in the planning horizon up to 2031. The expanded railway network will cover areas inhabited by about 75 per cent of our total population. We will keep in view and make reference to the experiences of other regions in transport emissions reduction. Furthermore, the Government has been actively promoting the wider use of electrical vehicles (EVs). With no roadside emissions, EVs are more energy-efficient than conventional vehicles and can help reduce GHG emissions.  As at end-October 2015, there were over 3000 EVs in Hong Kong, which was a remarkable increase when compared with the figure in end-2010 (less than 100 EVs). We will continue to develop low-carbon public transport, keeping in view and making reference to the relevant experiences of other regions in their transportation systems.

(3) The C40 Cities Awards (formerly known as the C40 Cities Climate Leadership Awards) encourages healthy competition among cities around the world to step up their efforts in environmental protection.  For the C40 Cities Awards this year, over 216 entries from 94 cities, including Hong Kong, were submitted. Most cities including Hong Kong did not win the Awards. Nevertheless, the two entries from Hong Kong have been recognised as among the 100 global best practices in addressing climate change this year.  They will be included in the C40 database of best practices, and will also appear in a new publication titled “Cities100”.

The Government of Hong Kong has been actively taking mitigation and adaptation measures to address climate change. The “Hong Kong Climate Change Report 2015” published earlier consolidates the efforts of the relevant Government departments. We will continue to review and optimise our policies and actions on carbon reduction in the areas of optimising our fuel mix, maximising energy efficiency, promoting green road transport, using clean fuel for motor vehicles and turning waste to energy.