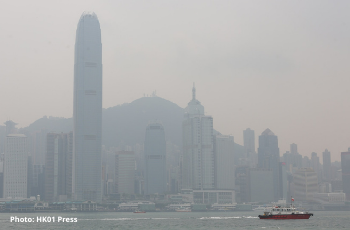 The Chief Executive of Hong Kong and Secretary for the Environment,

The Hong Kong SAR government needs to do more to lower its carbon emissions by 2030. Not only are its current goals lacking the required ambition a city like Hong Kong should demonstrate, but even those goals are not on track to being met if Hong Kong does not make considerable changes. This petition calls on the government to take immediate climate actions: to set ambitious goals, to convert current energy source to the renewables and to reform the building efficiency policy.

To The Chief Executive of Hong Kong and Secretary for the Environment,

We are a group of youth and students representing Asia Climate Rally in Hong Kong, working in collaboration with various student organizations and entities. We are writing this letter because we believe the government of Hong Kong SAR should take more actions to decrease carbon emissions within Hong Kong, as it is currently not doing enough to meet the challenges and threats presented by the global climate crisis.

While the world is currently battling one of the largest pandemics in recent history, we should not forget that a much larger and much more threatening emergency is underway; the climate emergency.

Hong Kong saw its warmest year on record in 2019, and its summers and winters are consistently becoming warmer each year. Seasonal typhoons are becoming more vicious, with Typhoon Mangkhut in 2018 being the most intense one in the city’s history. Besides higher temperatures and more extreme weather events, Hong Kong is especially susceptible to sea-level rise, and many low-lying regions such as Tai O and Tseung Kwan O around the city are at risk of flooding. Hong Kong’s food security is also at risk, as well as the city’s public health which would be threatened by climate change due to an increase in vector-borne diseases such as malaria and dengue fever. All of these impacts come not only with a toll on human life, but also a huge economic cost that could severely threaten the economic prosperity Hong Kong has enjoyed for generations.

Therefore it is clear that we must act with urgency to mitigate climate change by reducing our carbon emissions and meet the targets set by the Paris Agreement to keep average global temperature rise well below 2 C. Yet, the government of Hong Kong is not doing nearly enough to ensure it will achieve its stated responsibility of cutting emissions. Not only is the city on a trajectory to not meet the targets it has set for itself by 2030 (e.g. per capita emission of between 3.3 to 3.8 tonnes of CO2 equivalent), but those targets—even if achieved—are not sufficient to meet the targets set by the Paris Agreement.

Unless the government of the Hong Kong SAR plans to fail in its responsibilities towards its citizens and the world at large, the following steps must be realised as soon as possible.

Lastly, the HKSAR must be willing to explicitly place climate change action at the top of its priorities, and give this global crisis the attention and urgency it deserves by educating its population and informing them of the many ways individuals and communities can create change for a better common future.

Youth climate groups from different countries in Asia are striking back! On November 28, we are organizating a regional day of action because our voices are crucial in the climate movement. Asia is one of the most vulnerable countries to the climate crisis, but also one of the biggest funders of the fossil fuel industry. We are urging our governments and public development banks to divest from the fossil fuel industry, and invest in our futures!