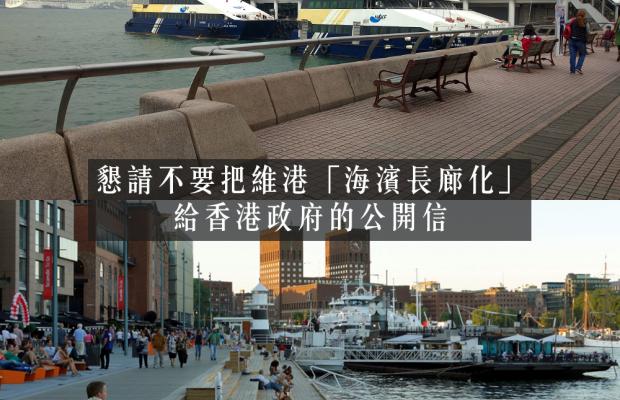 The Hong Kong Government is imposing its tick-the-boxes governance on us by approving the below harbourfront promenade development projects, without proper public consultation:

In this regard, below are some opinions towards the promenade for your department to consider when drafting the harbourfront redevelopment plan in the future. We also urge Hong Kong citizens to sign this petition. Your opinions help ‘build’ a promenade that serves the public’s interest.

The Victoria harbour is undeniably an important asset to Hong Kong’s tourism industry, therefore we understand why the Government set off the prime spots in Central and Tsim Sha Tsim along the Harbour as tourist attractions. It’s also because the Harbour [harbourfront] is so valuable, therefore it’s important that each citizen can enjoy the free space that provides. The Avenue of Stars and the Western Wholesale Food Market development projects were designed to give both locations an innovative and pleasant ‘facelift’, but is this what ordinary citizens have wished for? The answer is ‘no’.

The Harbourfront is not a merchandise

We’re not against the Government’s original idea that is to enhance the local commercial activities by introducing shops and restaurants along the promenade. But we ask the Hong Kong Government to carefully select a mix of retailers and restaurants to cater to all types of consumers, not just the affluent ones. Otherwise, a gentrified promenade will only become just another merchandise itself.

Leisure does not equal to shopping and dining

The Government should reference to the popularity of Sai Wan Pier in Kennedy Town (Hong Kong’s ‘Mirror of the Sky’), located next to the Western Wholesale Food Market. The pier was not revitalised or redeveloped by the Government but yet it has become more and more popular among Hongkongers because they can enjoy the railing-less open space, beautiful sunsets and reflections of the sky after the rains. This is just to show that even without shops or restaurants or any commercial activities, places with such organic attractions in Hong Kong can also become true iconic landmarks because they serve the public’s interest to a great degree.

Management department must not act like they own the properties

The Hong Kong public should be able to enjoy promenade with least restrictions, for example the public can take part in leisure and recreational activities such as ball games, picnic, music performances without being told off by management staff. We hope that the management department can invite the public to discuss and agree a set of ‘rules and regulations’ that would benefit both parties, instead of executing an overbearing system that would eventually kill the public’s rights to enjoy the space.

Railings in some areas are not necessary

We understand the Government’s intention to protect lives by adding railings along the harbourfront, however, a lot of citizens are against the installation of railings in public spaces because that will destroy the original appearance of the places. For instance, the proposal of installing railings to the Sai Wan Pier earlier this year had attracted a lot of public criticism. The public believes that railings do not equate safety, at least they can’t stop those who purposely engage in dangerous acts . In fact, the pier has no railings and there hasn’t been a single incident, the Government should trust its people and their ability to behave reasonably. However, we suggest the Government to add railings to certain part of the pier so that safety of young children can be ensured.

We demand the Hong Kong Government to take into consideration the above points when planning the development projects and the public will be invited to engage in the discussion and policy making procedure of the projects. 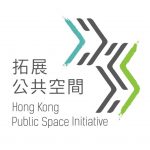 Founded in 2011, Hong Kong Public Space Initiative (“HKPSI”) is a charitable non-profit organization (IRD File No. 91/11733). Through research, education and community engagement programs, we strive to bring the knowledge of public space to all walks of life, in order for people of Hong Kong to understand the value of public space.