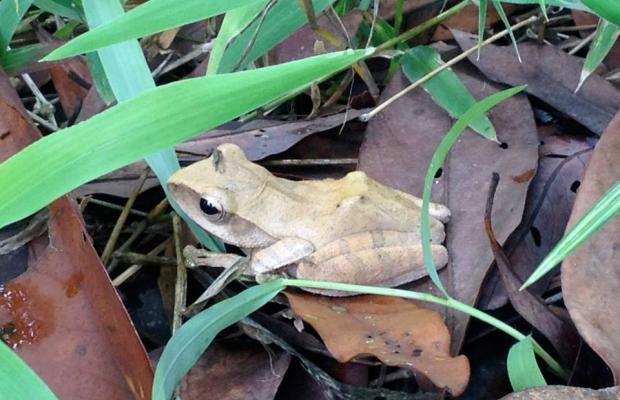 We oppose the development plan of Tai Wo Ping Green Belt , S/K4/28 Item C, being rezoned for residential use with the following reasons,

1. Abolishment of the Green Belt is unreasonable
Under the “Town Planning Commission Ordinance,” the GB planning intention is primarily for the conservation of the existing natural environment amid the built-up areas/at the urban fringe, to safeguard it from encroachment by urban type development, and to provide additional outlets for passive recreational activities. The government’s hasty application to cut the TWP area from the Shek Kip Mei GB repeals the original function of the area, and deprives the public of the natural environment and public open space.

2. The ecosystem in the Country Park will be threatened
The TWP area connects to the Kam Shan Country Park and Eagle’s Nest Hill, making it a natural barrier between the urban and country parks. Once some of the GB is gone , the nearby natural environment and habitat will be threatened . When the construction work starts, it will inevitably disturb nearby ecosystem, bringing survival impacts to various types of plants and animals.

3. Neglecting the fact that the community is already overcrowded
Sham Shui Po is famous for its screen buildings in the Kowloon West. With massive urban renewal in the next few years, SSP will be seriously affected by urban-canyon effect. According to the survey jointly organized by the Clean Air Network and the SSP District Council at December 2013, the concentration of Fine Suspended Particulates (FSP) in the district’s pollution blackspots has been higher than the World Health Organization standard of PM2. 5 average. To avoid becoming a suffocating concrete jungle, the district needs to increase rather than reduce Green Belts in seek to strengthen improve the air quality.

4. Sets a bad precedent of taking the branch for the root
Abolishment of GB is a matter of principle rather than technical problems. The government must first release detailed reports on the value and functions related to TWP GB, review rezoning impact on the residents and the environment, and then taking this as a premise to decide whether the GB is appropriate to be developed. If the government does not follow the existing procedure, it is setting a bad precedent which will encourage major developers and private landowners follow suit, and the remaining GBs will be hard to guard.

5. Does not relieve the housing problem
TWP GB is located on valley slopes, leading to high development costs and the estimated flat’s selling price is at least HK$20,000/sq ft. Such mansions with a limited units,serves no relief nor remedy to subdivided units dwellers and young people who strive to own a premise. Over the next few years, a large number of public and private residential buildings will be completed in Site 2, Site 6, Nam Cheong Station and Guilin Street hinterland. Population in SSP will increase from 380 000 to a tremendous 520 000. Bearing such increase in population and buildings, development of the district is at its limit, the authorities should develop other districts and avoid further deprive SSP’s of scarce green space.

6. Creates traffic congestion
The most critical traffic arteries to residents near the area in Dynasty Heights, Chak On Estate and Beacon Heights are Nam Cheong Street and Cornwall Street, but according to the Transport Department (TD) report, the interchange junction of the two streets has only 11% remaining capacity in the morning and 28% in the afternoon. After the completion of the new buildings, it is assumed that an increase of 4000 people will use the road daily, in other words 80% new residents will access the junction. The TD report is doubtful.

7. Alternative plans available
The government should make better use of existing urban area and optimize the development potential, which will better alleviate the housing problem. In the case of SSP District, the ready alternatives are the redevelopment of (1) the Tai Hang Sai Estate, (2) the vacancy of Natives Association Shek Kip Mei Sam Shui Natives Association Tong Yun Kai School and St Francis of Assisi’s Caritas School as well as (3) the land of the Cheung Sha Wan Temporary Poultry Market.

8. The act is overbearing and disregards public opinion
The Authorities, put the TWP rezone area into Land Sale List 2014 without any public consultation. The officials of Development Bureau (DB) and related departments who then attended District Council (DC) meetings avoided replying the request of adequate information and objective evidence by DC Members and residents. The Phase1 & 2 proposed standard for GB expropriation is rough, random, arbitrary, and has no overall planning. DB has not given us any information about how the development affects the local natural environment, air quality, urban layout and ecological balance, nor has it considered alternative options, sequence of development, long-term sustainability and other aspects.