552 Signatures Obtained, This Campaign Was Victorious! 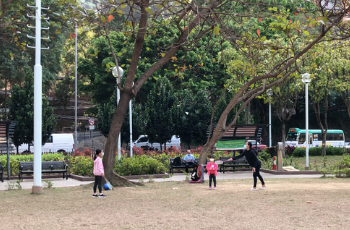 Since 2015, in what was an amazing journey, the residents of Kennedy Town & Mount Davis collaboratively spoke up and fought the battle to save the only green grass park, the Cadogan Street Temporary Garden (CSTG) in our community. CSTG is maintained as a green park and has been serving the community for the past 22 years without the need for decontamination.  As we all think we can enjoy CSTG without disturbance, CEDD in January 2021 claimed that they insist on carrying out decontamination at CSTG, based on 21 years old out-dated soil data without proof of validity. The decontamination work will threaten the survival of the existing trees unnecessarily – and therefore such works must only be undertaken if absolutely necessary as proven by up to date soil sampling.

Join this petition to request CEDD to conduct proper soil testing to ascertain the need for decontamination.

Please see a short video for the voice of residents: https://youtu.be/xmKch7zCIFw

Petition achieves victory! Residents can enjoy the park as usual!

Cadogan Street Temporary Park has been excluded from the decontamination project. The park will be open for public access as usual.

Press article: CEDD insists decontamination is needed, backed with 20 year old data. Experts said the park is safe for use

Soil testing results showed Cadogan Street Temporary Park is safe for use and does not need to be decontaminated. “The quality (soil) is as good as the soil used in organic farming”, said Professor CHIU.

Click the link here for more detail >> https://bit.ly/3xq1mZ8 (Chinese only)

Petition organisers and Professor CHIU Siu Wai briefed the media and the public on Friday, 28th May 2021, about the soil testing result, evidence of removing Cadogan Street Temporary Garden (CTSG) from the decontamination area, and areas for improvement in the decontamination project and current Environmental Impact Assessment system. They urge the government to make decisions based on scientific data and retain the whole CTSG for public use during the decontamination work in the adjacent lands.

Test report said the soil is up to standard

Professor CHIU Siu Wai, an expert in decontamination, released the soil testing report. The results showed the levels of heavy metal arsenic and lead, and organic matter Benzo[a]pyrene are within the chemical limit of Risk-Based Remediation Goals (RBRGs), indicating that the park is safe for use and decontamination is not needed. Soil samples were collected and sent to a testing laboratory under Hong Kong Laboratory Accreditation Scheme in early March.

The petition is extended to 31st May.

To Secretary for Development, Director of Civil Engineering and Development, Central and Western District Council,

We strongly request Civil Engineering and Development Department (CEDD) to conduct a soil testing at Cadogan Street Temporary Garden (CSTG) to ascertain the need for the proposed decontamination due to the following reasons.

Avoidance to cause unnecessary damages to CSTG and its trees

CEDD claimed that they have considered preserving the trees at CSTG despite their decontamination work [2].  However, if CEDD cannot guarantee the soil under the area of tree canopy (tree dripline) and the root distribution network are excluded from decontamination to ensure no damage to the existing trees above- and under-ground, decontamination work can unnecessarily cause irreversible physical damage to the tree root network, threatening the survival of the existing trees unnecessarily.  It is worrying that the trees in CSTG may not survive through the operation, damaging the landscape of CSTG.

Avoidance of disturbance to residents

CSTG has been serving the community in Kennedy Town for 22 years. To many residents of Kennedy Town, it is an inseparable part of the community, not to mention it is the only quality, convenient, and well-located green park in Kennedy Town. In 2015, the outline zoning plan of Kennedy Town & Mount Davis proposed to demolish CSTG for developing private residential buildings [3]. Over 5000 representations were submitted to the Town Planning Board (TPB) by the concerned residents to request the retention of CSTG. Due to the lack of public open space in Kennedy Town and the importance of CSTG to the local community, TPB acknowledged the importance of CSTG and thus decided to retain the park as Open Space for public park use. If CEDD goes ahead with this decontamination, residents’ access and use of this important green space will be interrupted unnecessarily, while causing potential health hazard to residents due to potential complications arising during decontamination.

[2] Document No. 17/2021. The Food, Environmental Hygiene and Public Works Committee of Central and Western District Council. Monitoring of the ground decontamination works at the site of ex-Kennedy Town incineration plant/abattoir and adjoining area – CEDD (Chinese version only)