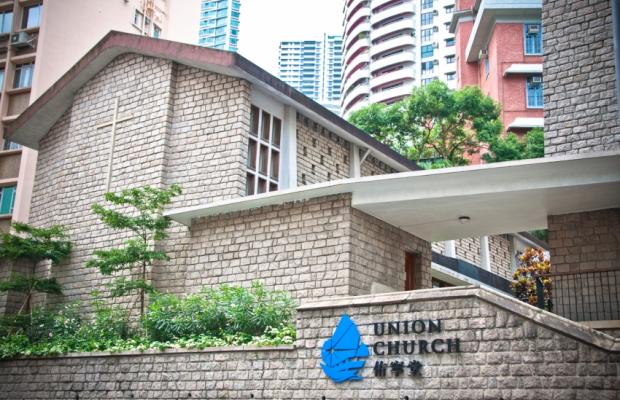 733
Signatures
obtained
Help us to reach our target!
733

Secretary for Development, Antiquities Advisory Board,

The Union Church is one of the oldest churches in Hong Kong, with a local history going back to 1844. The church has been occupying its current site since 1890. The old church building was completely destroyed during World War 2 and was rebuilt after the war. The construction of the Sanctuary, together with the Bell Tower, was completed in 1955. Union Church is a Grade III listed building but it is slated to be demolished in August-September this year to be developed into a 22-storey high luxury apartment block.

It’s heartbreaking to see yet another heritage site going to be destroyed so soon. Union Church is one of very few remaining examples of post-war, modernist architecture still in existence in Hong Kong. It is worth preserving for a number of reasons. The Sanctuary is built in minimalist modern style with references to the Bauhaus School. It is a hall plus balcony with high vaults spanned from the ground to the ceiling echoing those of Art Deco architecture which favours in geometric decorations.

The upper walls in the side aisles consist of a series of louvre windows which permit of maximum illumination, ventilation, and aesthetic variation. The Sanctuary has impressive transverse arches in Art Deco style. Modernist architecture is not often seen in church buildings so that the buildings which make up the Union Church compound have a rarity and built heritage value.

There are fewer and fewer old buildings left in Hong Kong as land get snapped up by developers due to the rocketing property prices. We don’t want to see yet another heritage site demolished, we want our children to continue worshipping in the building which reminds us so much of our roots and origins. Save Union Church!

To Secretary for Development, Antiquities Advisory Board,

With 68 years of history, the Grade III listed Union Church is to be demolished in August-September this year and developed into a 22-storey high luxury apartment block. Old church buildings are seldom seen in Hong Kong nowadays, architectures with heritage value are being relentlessly tear down in the name of development and raising property prices. Experts have pointed out that the Union Church is a rare post-war, modernist building in Hong Kong, an iconic architecture that marks the transformation of eras. Yet, such valuable heritage will be destroyed and disappear from our city forever!

The Union Church is the most historic church in Hong Kong, found by the London Missionary Society in 1844, it has been an indispensable place for many for over 17 decades. The demolition of Union Church reflects Hong Kong is still a mercenary society that neglects heritage conservation. The government’s plan for the church shows their perfunctory effort in architectural conservation. It will be Hong Kong’s shame to let such iconic architecture vanish.

Therefore, I hereby strongly request the Development Bureau to list Union Church as a Grade I historic building and proposed monument, to save its from demolition!