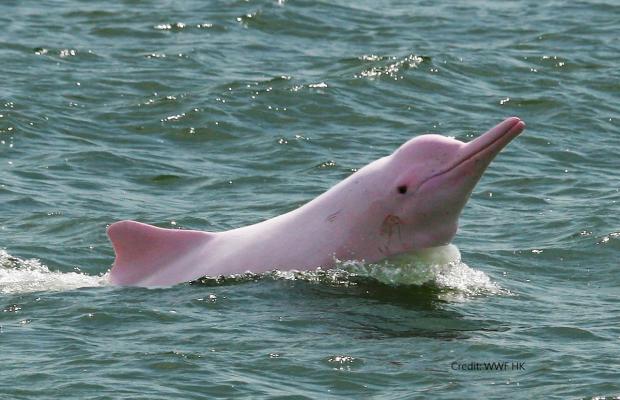 The Advisory Council on the Environment endorsed the ‘Expansion of Hong Kong International Airport into a Three-Runway System’ Environmental Impact Assessment Report with conditions on 15 September.

However, the content is criticized. The effectiveness and feasibility of a suggested mitigation measure is also in doubt. If the Environmental Protection Department issues the environmental permit, the construction work can be start soon causing irretrievable impairment to the marine ecology and environment.

We urge the EPD to concern about the irreversible impact to the marine environment and ecology brought about by the project and hold back from issuing the environmental permit to the project.

To Secretary for the Environment, Director of Environmental Protection,

The Environmental Life Science Society, SS, HKUSU (the Society) is deeply disappointed about the endorsement of the ‘Expansion of Hong Kong International Airport into a Three-Runway System’ environmental impact assessment (EIA) with conditions on 15 September. The Society requests the Environmental Protection Department to reconsider the negative impacts of the project to the marine ecology and the efficiency of the mentioned mitigation measures before issuing the environmental permit, in order to prevent irretrievable impairment to the natural environment.

1. Effectiveness of the marine park is questionable.

The Advisory Council on the Environment (ACE) suggests 20 conditions with which the EIA is passed. The conditions include advancing the preparatory work for the designation of the marine park (i.e. study on the details of the designation, consultation with stakeholders and incorporation of enhancement measures) and a marine park proposal after consulting the Agriculture, Fisheries and Conservation Department (AFCD). Independent funds, including the Marine Ecology Enhancement Fund and Fisheries Enhancement Fund, should be set up as well. Plans of the measures should be submitted to ACE for comment prior to submitting to DEP. DEP is responsible for approving before commencement of the construction works. However, the ACE only requires the designation of the marine park to be completed before operation of the project. That is, the problem of “Develop first, Conserve later” is not solved. Reclamation seriously damages the marine habitat and no one can ensure the return of Chinese White Dolphins and other marine fauna.

2. Designation of the marine park is insecure.

The designation of marine park has to go through a series of complex process and public consultation is included. Airport Authority Hong Kong, ACE and even AFCD are not able to guarantee the marine park can be brought about. According to the Marine Parks Ordinance, the draft map of the proposed marine park should be make available for public inspection and the public can send written statement of their opinion to AFCD, which has the right to amend the draft map after considering the public’s objection. The draft map is then submitted to Chief Executive in Council for approval. The proposed Southwest and Soko Islands Marine Parks were shelved due to fishermen’s objection in 2002. Moreover, it is important to note that apart from the 2,400 hectare marine park proposed in the Third Runway EIA, the proposed mitigation measure for the construction of Hong Kong-Zhuhai-Macau bridge is also a marine park which covers 700-800 hectares of the sea near the Brothers Islands. In addition to the above proposed marine parks for mitigation purpose, AFCD recently re-affirmed its commitment to the designation of the 660 hectare Southwest Lantau Marine Park and 1270 hectare Soko Islands Marine Park and hoped to complete the statutory procedure by early 2017. That is, there are 4 marine parks covering over 5000 hectares of the Lantau waters planned to be designated by 2023. As fishing and other fisheries activities are restricted in marine parks, the prompt designations of the marine parks may cause negative impacts on fishermen’s livelihood. Their objection may affect the designation of the marine parks. In short, there are unpredictable obstacles in setting up the marine park and no one can guarantee the designation of it. Yet, there is no doubt that reclamation will damage the marine environment. The proposal of the marine park is therefore an insecure mitigation measure.

3. The loss of habitat during construction is not fully compensated.

This petition was started by 香港大學學生會理學會環境生命科學學會 Environmental Life Science Society, SS, H on October 18, 2014, with an end date of December 31, 2014.

Founded in 2005, Environmental Life Science Society, SS, HKUSU is an academic society of the science major Ecology & Biodiversity. We aim to promote the study of environmental life science and to raise students' and the public's concern on environmental and ecological issues.