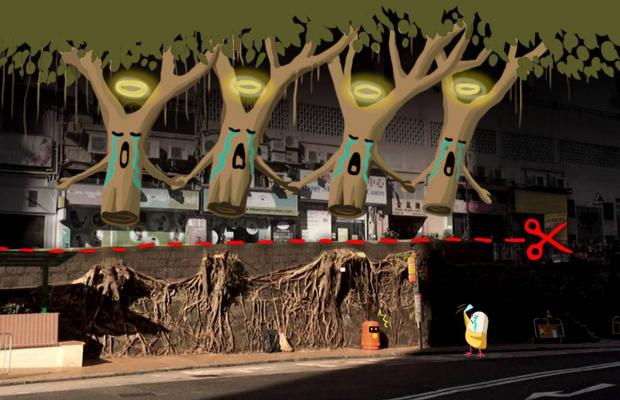 516
Signatures
obtained
Help us to reach our target!
516

The Highways Department (HyD) removed four stonewall trees at Bonham Road in Western District on August 7, 2015. Initially, there were six stonewall trees there and they were all Ficus microcarpa. Nevertheless, one of them collapsed on July 22, 2015. And on the same day, the authority also removed another tree which had the risk of collapse. For the four remaining trees, according to the examination by the Expert Panel on Tree Management, there was no immediate danger of collapse and it was unnecessary to remove all of them. Using trestles and Pruning were advised to be the methods to support the trees.

However, on August 7, 2015, the HyD decided to remove the four trees promptly without consulting the Expert Panel.

Stonewall Trees are unique in Hong Kong, the Conservancy Association even classified those at Central and Western District as trees with high values. The decision of removing trees at Bonham Road was too hasty. In addition, even Professor Jim Chi-yung, the expert on tree management, was suspicious about the decision made by the HyD, as he deemed that the decision was a false alarm. The action of removing four valuable stonewall trees within one night was indeed unconvincing and unacceptable!
Please sign NOW and support the conservation of the remaining stonewall trees in Hong Kong. For further information about the Conservancy Association, please visit http://www.conservancy.org.hk/aboutCA/mainE.htm

Groups involved in the petition:

1. Explain the reasons for removing the stonewall trees at Bonham Road
2. Publicize the tree evaluation report
3. Set up a Conservation Management Plan (CMP) for the stonewall trees at Central and Western District in order to evaluate the trees there. After the evaluation, the authority should formulate the relative conservation methods according to the circumstance of every single tree.