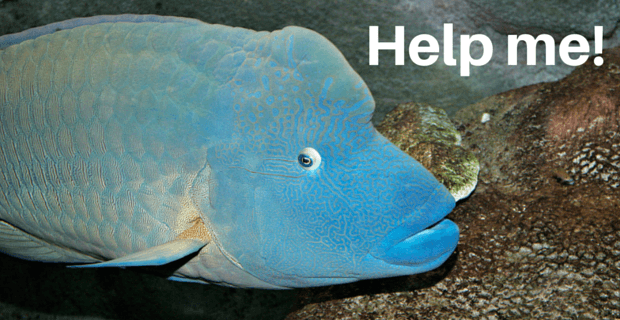 Two new petitions have recently been uploaded to SupportHK by Grade Five students. One group is petitioning the government to protect Hong Kong’s country parks from invasive foreign plant species and another group aims to conserve marine biodiversity and is petitioning HK restaurants to stop serving the endangered Humphead Wrasse.

Mikania is an exotic vine that originated in South America and has been evident in Hong Kong since 1884. Climbing up other plants to reach sunlight, Mikania reproduces rapidly and covers its host plants, consequently killing them by blocking the light they need for photosynthesis. A group of grade five students from Hong Kong Academy are petitioning the AFCD to exterminate the Mikania weed in the Tai Tam Reservoir. Sign and share this petition to conserve Hong Kong’s natural habitat!

Humphead wrasse is a popular seafood in Hong Kong. According the the IUCN Red List of Threatened Species, the Humphead Wrasse is classified as ‘endangered’, and without active conservation it will likely become extinct. Sign and share this petition to conserve the Humphead Wrasse and marine biodiversity.

Some updates from our ongoing petitions are as follows:

We demand the immediate return of the relocated Lantau cattle – Petition Organiser: Association for Tai O Environment and Development.

In mid March 2014, the petition organiser and five cattle conservation groups met with LegCo Members and filed a complaint against AFCD’s cattle relocation enforcement scheme. LegCo will investigate the incident, the stray cattle relocation scheme and implementation of the animals’ capture and sterilisation.

In early March, FOHH met with Kevin Choi of the Development Bureau and explained their concerns over the draft zoning of Hoi Ha. Action is needed! If you wrote a letter of objection to the Planning Department’s plans to develop and destroy Hoi Ha, you will be receiving a letter from Town Planning Board advising you of the hearing dates. A tentative date has been set on to the 28 April. Please reply to the Board that you wish to express your objection in the meeting.

The movement to stop the ivory trade is making great progress! The state-owned Chinese retail chain “Chinese Arts & Crafts” suspended its sales of ivory at its stores in China and Hong Kong in mid-March, in response to protests by conservation groups. In an important move, in February, the HKSAR government announced it would burn 33 tonnes stockpile of seized ivory.