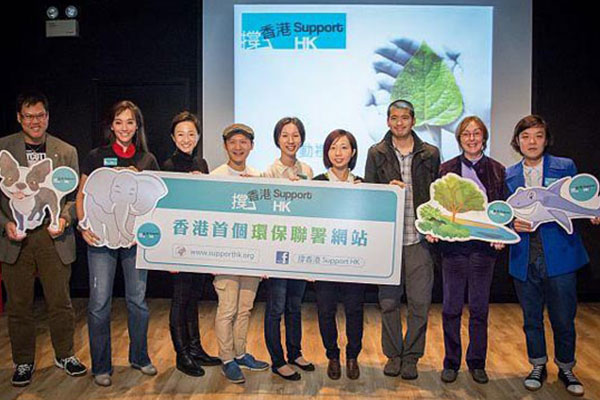 Unhappy with excessive construction noise on your street? Angry about the new zoning plans for country park enclaves? If you have something you want to stand up for, petition site Support HK makes it easier for you to start your own campaign and mobilize Hongkongers to support your cause.

Support HK, with which anyone can create a petition and put their signature to various causes, launched last weekend. Specifically catered to environmental issues, the site’s goal is to connect people and empower Hongkongers to unite and make changes to their immediate environment.

Support HK currently only accepts petition issues broadly related to the environment, such as pollution, waste, and animal welfare. Sophie le Clue of ADM Capital Foundation, a seed funder of the site, explains why. “There seems to be an increasing pressure on people’s living spaces and the environment,” she says. “It’s deliberately not political, so they’re not issues like education reform, which is difficult for the government to address. It’s more to do with the wellbeing of the local community.”

There are already 12 petitions up on supporthk.org, covering topics such as air pollution, the ivory trade and support for new dog breeding laws.

Hongkongers, however, may not be too used to the idea of proactively making changes. Kelly Chan, program manager of Support HK, says this is what they also hope to change. “I had to learn that I can make a difference. No one taught me that I could,” she says. Sophie le Clue adds: “We want people to know that, as we’ve moved into the Internet era, there is an opportunity to create momentum for issues you feel strongly about.”

Support HK is not about protesting. In fact, these petitions can help the government or businesses make better policies. “The site makes it easier for views to be expressed,” le Clue says. “That could help decision-makers understand where the people are coming from.”

Hop on to www.supporthk.org now, sign up for an account, and check out some of the petitions so far.