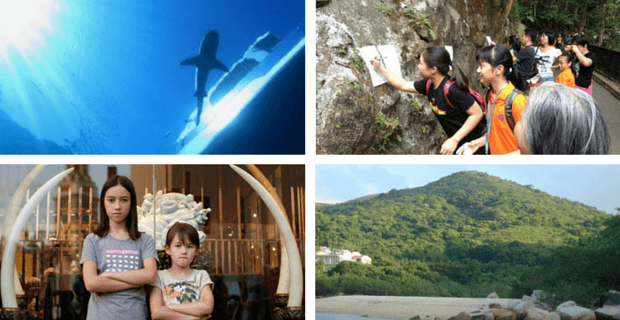 Since our last newsletter, Hong Kong’s Chief Executive, CY Leung, gave his policy address, which identified some key areas where the government faces environmental challenges. These include: air quality, with reference to initiatives to be implemented under the Air Plan, announced last year, and waste generation/management; and nature conservation via strengthening the importance of ecologically significant sites.

But our community clearly believes that the government could do more to protect our environment and our health, to improve our urban environment.

Many issues of concern to Hong Kong were notably absent. Among these was the increasing development pressure on our country parks, – a topic of two petitions on SupportHK. Also referred to in the policy address were the involved tradeoffs ; for example, rezoning green belts for residential use. This particular discussion included whether to exploit the eastern waters off Lantau Island, with a view to developing an East Lantau Metropolis.

Indeed, on balance, there was little in the policy address likely to appease existing petitioners on SupportHK, and the lack of focus on our environment may incite new petitions as a consequence!

SupportHK’s main challenge right now is to get the site ‘out’ to the Hong Kong community so residents feel they have a voice on issues they care about. Following Chinese New Year we will have posters in 80 MTR stations. We also are planning a series of interviews with local media to increase our outreach. Stay tuned for more initiatives!

Petition updates:
On existing petitions, the petition to save Hoi Ha has reached nearly 25% of its goal, reflecting community concerns over the issue, while the petition to ban the ivory trade by Hong Kong 4 Elephants has reached its objective of the government committing to destroy Hong Kong’s ivory stock piles.

The following updates have further been provided by petition organisers:
Object to plans to develop and destroy Hoi Ha

The Town Planning Board has posted the gist of the representations (i.e public opinions) received on its website following much information disseminated by FHH. More than 10,000 representations were received for Hoi Ha, with 812 seeking more development but 10,122 calling on the government to protect the critical region.

Fantastic news! The Hong Kong government announced it would destroy its 33-ton stockpile of ivory, one of the largest in the world, following similar moves in the U.S. and China. HK 4 Elephants will not, however, close down the petition until the last gram of ivory stockpile is burnt. Please keep signing and sharing until this happens.

Remove shark-related products, including fins, from the menus of all Traditional Chinese Restaurants/Food Outlets, unless the products are proven to be from a sustainable source

One of the objectives of the current petition is to let the Hong Kong catering industry understand concerns regarding shark fin-related product. The petition so far has received 826 signatures. Please sign the petition now to persuade all restaurants to remove shark-related products from menus.

The identity of the landlord of 27 Lugard Road, the proposed development site for a new hotel, was revealed by the media recently to be Chan Tin-sang, a textile merchant. ABHK plans to meet the landlord to express the community’s views about potential congestion on the popular Peak walkway to him directly.

We recently released a new feature that makes signing petitions even easier – in just 3 clicks.
When we first launched Support HK, the signing process involved creating an account and verifying an e-mail address before the signature was complete. It took 4 mouse clicks to finish the process Feedback received from users; however, users indicated that a more streamlined procedure was preferred. Taking account of these views, we have modified the ‘sign a petition’ process as follows:

To sign a petition, click the “SIGN NOW” button, and enter your name, email address and country of residence. You will also be asked if you wish to receive emails from Support HK or the petition organiser. It is not required that you check these boxes.

Once you have entered the information, click “Sign petition”. If you’re a first time user of the site, by signing a petition the site will create an account for you. You will receive an email within a few minutes asking you to click on a link to verify your email address. Click on the link in the email (or cut and paste it into your web browser). In this email, a login password is included for future use.

Once you have verified your email address, your signature has been confirmed and the petition is signed.

Why do I need to verify my email address?

For security reasons, we still require that you verify your email address in contrast to some other petition sites. Verifying your email prevents others from using your address without your knowledge. Without this function, it’s easy for a petition to be discredited if email addresses are used without consent.