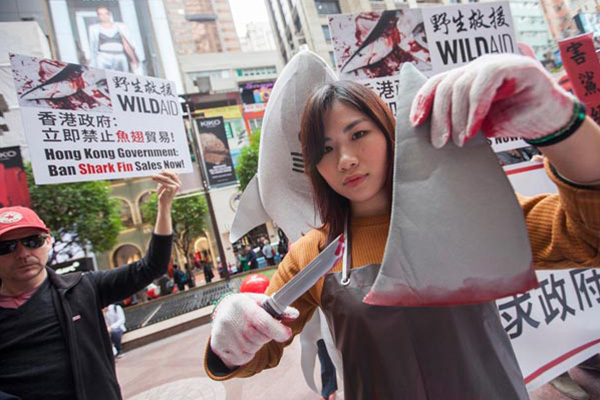 How Shark Free is Hong Kong?

A recent survey conducted by local shark conservation group, the Hong Kong Shark Foundation, indicates that shark fin is still very much a dirty part of Chinese New Year celebrations in Hong Kong, regardless of the growing sentiment in Hong Kong that Chinese people should give up this so-called traditional delicacy. The survey found that:

– Only 15% of 2,740 year round menus surveyed across 375 restaurants were shark free and only two restaurants didn’t offer any shark fin whatsoever.

The survey was followed by two bloody protests staged by the Hong Kong Shark Foundation and WildAid HK to draw attention to the city’s cruel and unsustainable shark fin trade in late January. Activists are calling the Hong Kong Government to ban the sale and possession of shark fin in order to save sharks from extinction.