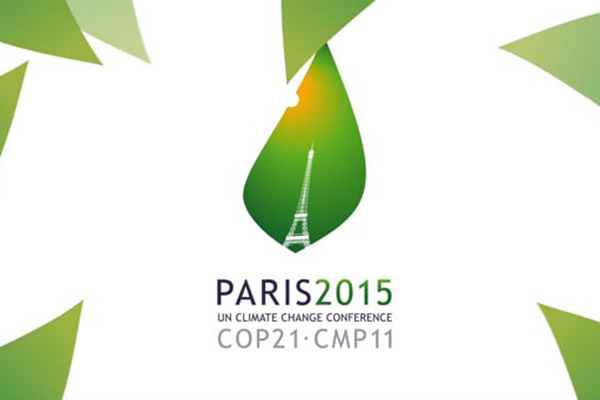 Hong Kong will arrive at the Paris climate talks empty handed; let’s make sure it leaves with bold ideas to cut the city’s rising emissions

Hong Kong’s Environment Secretary Wong Kam-sing will travel to Paris at the end of this month for the UN climate negotiations, where world governments will come together to agree a bold new set of targets and actions on climate change.

The key outcome will hopefully be a new international agreement on the climate, applicable to all countries, with the aim of keeping global warming below 2 degrees Celsius.

In preparation for the meeting, more than 150 countries have already indicated a number of pledges they may be willing to make – their Intended Nationally Determined Contributions – that can form part of the agreement. For example, the European Union pledges to cut its emissions by 40 per cent (from 1990 levels) by 2030, Costa Rica is aiming to be carbon neutral by 2021, and China aims to lower its carbon intensity by 60 to 65 per cent by 2030 (from 2005) and ensure its emissions peak by 2030.

As we approach the final weeks in the lead-up to the Paris agreement, a couple of challenges are emerging – one global, one local.

The global challenge is that the intended contributions by all countries have been modelled by climate scientists and policy experts at Climate Action Tracker (an independent group of four leading research organisations), and they forecast that the world will see a 2.7 degree rise by late in the century if the Paris agreement succeeds and is implemented.This falls well short of the 2 degree target governments are aiming for, and is a long way shy of the generally accepted safe temperature rise which our planet can tolerate: 1.5 degrees. And this is not just some academic numbers game. At 2.7 degrees warmer, we could experience significant food shortages globally as crops fail in sub-Saharan Africa, and our own major source of food – the Pearl River Delta – experiences increasing flooding. Even a 2 degree rise – the stated aim of the Paris agreement – spells the end of the world’s coral reefs and a whole host of other impacts driven by increasingly extreme weather patterns.

Second, the local challenge: Hong Kong’s contribution to averting catastrophic climate change. Wong gathered key government, corporate and NGO representatives together on November 6 to launch the Hong Kong Climate Change Report, outlining government efforts. However, instead of articulating a plan of action for the decades ahead, he summarised existing policies and efforts, and is taking a wait-and-see approach to the Paris climate negotiation so the government can then consider its next steps. This is odd, given that China (which reports and commits globally on its greenhouse gas emissions, including those of Hong Kong) has outlined its plan well beyond 2020. On a recent trip to the US, President Xi Jinping (習近平) articulated a range of measures, including greenhouse-gas emissions targets, investments in renewable energy, a national emission trading scheme to regulate large carbon dioxide emitters, and clear targets for green buildings.

However, Hong Kong’s greenhouse gas emissions have been steadily rising over the past decade, by 23 per cent from 2002 to 2012. The development of renewable energy in the city has barely begun. And CLP Power is proposing new gas-fired power generation instead of using renewable energy. The social cost of fossil fuel has never been mentioned, even in the latest document of the electricity market regulatory regime review. If our electricity market is not going to change, there is no chance for us to stop climate change.

Under the Air Pollution Control Ordinance, carbon dioxide is not even considered a pollutant, even though it is widely agreed that ever-escalating carbon dioxide emissions are one of the largest threats to our planet and our city.

Our electricity market is not ready to tackle climate change.So, if the past decade was something of a lost decade for Hong Kong in terms of making a meaningful and commensurate contribution to tackling climate change, what should we do in the next decade, to catch up?

First, the Environment Bureau has a huge opportunity to address the lack of renewable energy development by adopting a comprehensive feed-in tariff policy to reward anyone who installs solar panels on rooftops or wind turbines in coastal waters. As the government wraps up its review of the Scheme of Control Agreement which governs our electricity production, it must include a renewable energy support policy, even if we are one of the last cities in Asia to adopt such a policy.

Second, it’s time for our private sector to put funding into renewable energy and energy efficiency development. Globally, there are more new investments in renewable energies such as wind and solar than there are in coal, gas and nuclear combined. They are effectively winning against these dirty energy sources, because governments around the world realise the importance of supporting safe, low-carbon energy. Some US$270 billion is being invested in low carbon development. So instead of supporting CLP’s pitch to build another gas plant, the government should encourage future investment in renewables, and greater investment in energy efficiency. For example, a simple scheme to encourage all grocery and convenience shops to put doors on their display fridges will cut their fridge energy consumption by 50 per cent, according to recent WWF research.

Lastly, we need a plan for Hong Kong that goes beyond 2020. Our environment secretary arrives in Paris empty-handed without a longer-term plan while other cities profile theirs. However, it does not have to be a wasted journey – he will have an incredible opportunity to learn about the pioneering efforts of other cities, and to bring back ideas to adapt to Hong Kong. This can start with a plan to substantially cut our city’s emissions by 2030, and a plan to adopt a new scheme of control to encourage renewable energy development.

The difference between a world that is 2.7 degrees warmer and one that is only 1.5 degrees warmer is the difference between a livable planet and a planet that is thrown into chaos. It’s time for Hong Kong to step up its efforts by leaving Paris with new ideas and bolder pledges to do much more. And when Hong Kong attends the next big climate conference in a few years’ time, I very much hope that these efforts will earn us international recognition as Asia’s sustainable city.