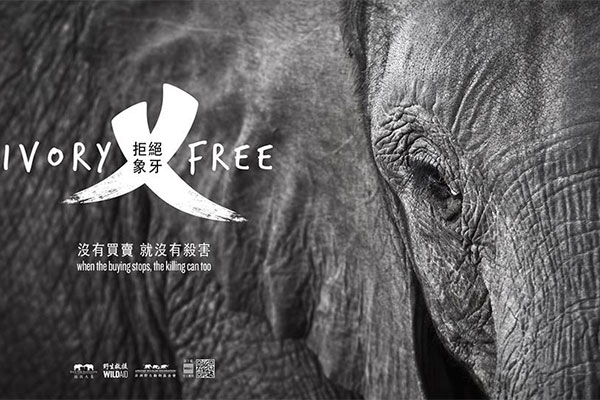 An elephant cub being cared for at a facility in Nairobi, Kenya. Some 30 cubs that lived there have been orphaned by ivory poachers or natural disasters. Photo: Xinhua

Alarming new evidence from Africa suggests that fresh areas for elephant poaching are emerging, in addition to the usual hot spots of Kenya, Tanzania and the western Congo basin. Horrific footage from Zambia of an elephant with its face sliced off, yet still breathing, arrived in my inbox recently. Viewing it redoubled my commitment to push for legislative change to phase out the ivory trade in Hong Kong.

What worries me is that the shocking footage was from a country not previously associated with elephant poaching. I have also heard that poachers are now targeting areas further away from the three main ivory trafficking ports to Asia – Mombasa, Dar es Salaam and Zanzibar – closer to South Africa’s Kruger National Park, a jewel of African wildlife.

But Tanzania is being hit the hardest, having lost about two thirds of its elephants in the past four years alone. This is unimaginable. Aside from the obvious issues of animal welfare, local livelihoods are suffering as revenue from tourism declines.
According to the latest figures, some 33,000 African elephants are being killed illegally for their tusks every year. That is about one every 16 minutes!

Sadly, 70 per cent of the global demand for ivory comes from China, yet Hong Kong’s penalties for ivory trafficking remain despairingly low. An ivory trafficker sitting on a tonne of raw tusks risks a six-month jail sentence if caught smuggling them through Hong Kong – or life imprisonment on the mainland if caught smuggling through Shanghai or Shenzhen. The choice is obvious.

Our city ranks fifth globally for the amount of illegal ivory seized. In order to dispel the perception among international criminal syndicates that Hong Kong is a soft touch, an easy transit hub for illegal wildlife products, our government must sharply increase the maximum penalties.
Illegal ivory from Africa is spilling onto the streets of Hong Kong. This must be stopped. A recent report by Kenya-based group Save the Elephants shows that 90 per cent of all the ivory sold here is bought by mainland tourists. This must also be stopped. The onus is on the Hong Kong government to step up enforcement and publicity efforts.

It is easy to blame the Agriculture, Fisheries and Conservation Department, but it is overstretched and under-resourced, with only eight enforcement officers assigned to look after 35,000 threatened species. More money should be allocated to fighting wildlife crime and this should be reflected in the next budget.
Overall, the only way to fix this problem is for the government to rapidly phase out all ivory processing and sales in Hong Kong – just as Beijing pledged to do in May.

Elizabeth Quat is a legislator.