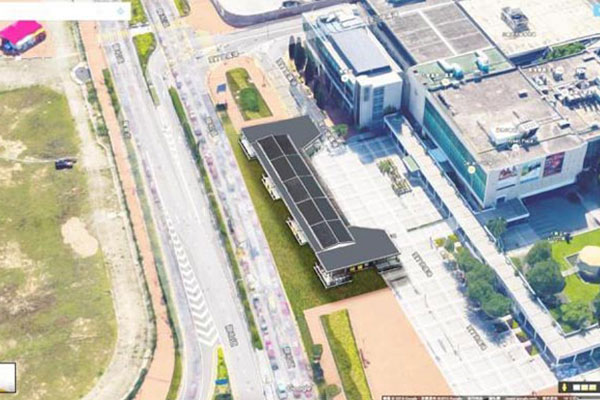 The Development Bureau carried out three proposals of the re-assembly of the Grade I historic building, The Queen’s Pier in March. According to the proposals, the pier will be re-assembled in the location between Central Pier no. 9 and Central Pier no. 10. A two-month public consultation has been launched. Victoria Waterfront Concern Group organized a petition to request the re-assembly of Queen’s Pier at the original site, located opposite of the Hong Kong City Hall.

In response to the questions from the members of the legislative council last week, the Secretary for Development Chan Mo Po stated that there was a total of 1741 feedback forms collected during the consultation period. (Proposal A: 317, Proposal B: 413, Proposal C: 1011). On the other hand, there have also been 1058 feedback forms collected in requesting the re-assembly of the Queen’s Pier near the original site; the City Hall.

The opinions of supporting the re-assembly of Queen’s Pier at City Hall are more than any other government proposals.
However, the Secretary for Development mentioned that the proposal of the re-assembly of the Queen’s Pier at City Hall is impractical as it increases the overall cost to re-assemble the pier and it affects the regulation of the traffic nearby. He also mentioned that the Government is now analyzing and considering the public opinions. After the consideration, the Government will then decide the future plans of the re-assembly of the pier. There is no conclusion in this current stage.

Chair-lady of the Civic Party, Tanya Chan, who supports the re-assembly of Queen’s Pier at City Hall, said the Secretary for Development was trying to avoid the problem on her Facebook page, questioning how difficult it is to re-assemble the pier in the closet place to the original site. She also mentioned that the Secretary not only represents the Development Bureau, but also the Antiquities Authority, who is responsible for the protection of Hong Kong’s history.