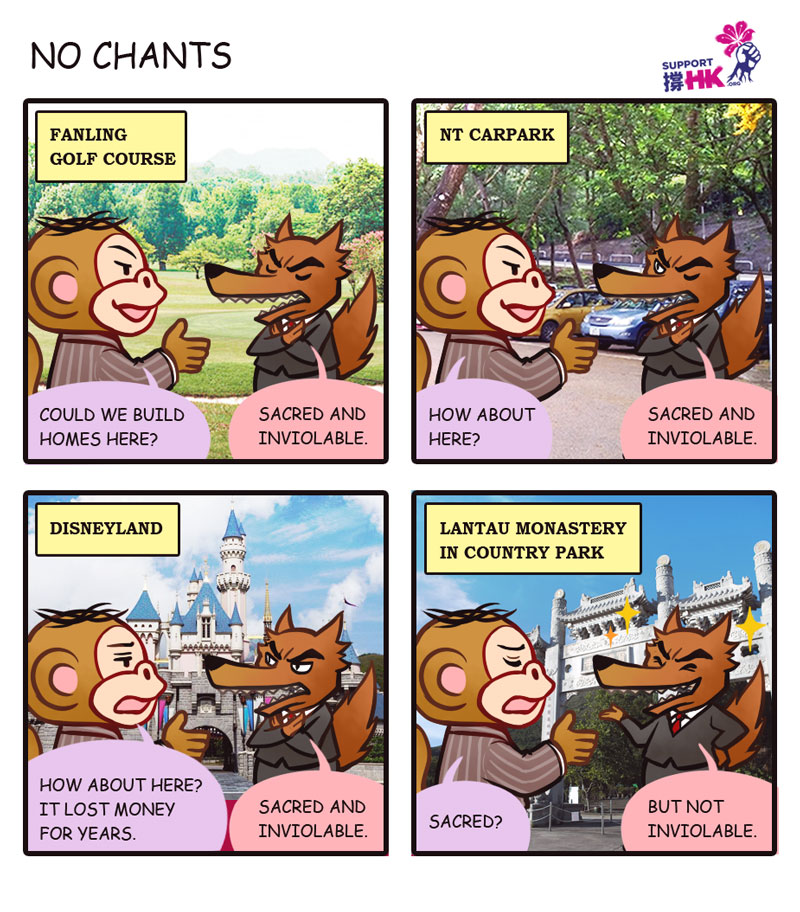 Chief Executive CY Leung has recently suggested that the government would be able to better provide affordable housing if they could develop parts of “sacred and inviolable” country parks.  Leung cited the statistic that residential land makes up only 7% of Hong Kong’s total land area, whereas country parks make up 40%. He also claimed that if the government was permitted to develop country parks, housing would be able to be sold at its production cost, which would be cheaper than Home Ownership Scheme flats. Our question is: which part of Hong Kong is “sacred and inviolable”?