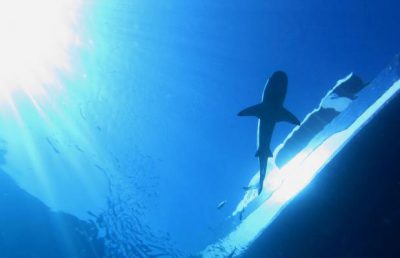 Hong Kong is without a doubt one of the world’s largest consumers of shark-related products, including shark fin. It is estimated that suppliers in over 100 countries spanning across 7 continents have exported their shark fin products to Hong Kong in the past 10 years. Whilst a large portion of these products will be re-exported to other countries such as mainland China, a notable share is retained within Hong Kong and distributed among vendors and retailers, including dried goods stores, markets, hotels and restaurants, for local purchase and consumption.

One of the greatest challenges in managing local behaviours in the consumption of shark is the indiscriminate import of shark products by local vendors, without consideration for the sources and species of the products procured. This disregard for the origin of shark products at the vending level means that suppliers using unsustainable fishing practices and capturing endangered shark species are allowed to continue with their unhindered and unregulated slaughter of sharks.

Unsustainable fishing pressure has led to the decline of most shark populations and some have even been pushed to the brink of extinction. Recent global catch assessments estimated that approximately 100 million sharks are being caught annually, excluding those illegal, unreported and unregulated catches. To reduce the deleterious practices in the capture and supply of shark-related products, sustainable choices must be made at the level of local demand.

In other words, if local vendors are willing to become more stringent in their sourcing and sustainability of shark-related products, then ultimately the unsustainable supply of shark will be discouraged at source, and Hong Kong’s consumption can reach a higher level of sustainability, both in quantity and in kind.

To facilitate the long-term protection of endangered marine species other than those of the shark, we also ask restaurants and catering companies to take a further initiative in developing a Seafood-Related Products Procurement Policy, thus avoiding the purchase of seafood products wherein endangered animal(s) are killed.

It is understood that the consumption of shark-related products has had a long history in Chinese culture, and certain products such as the shark-fin soup are even a symbol of prosperity and a delicacy in traditional banquets. The rate at which sharks are being exploited has long since exceeded a level of sustainability. To protect and conserve this long-standing traditional Chinese culture is hence to protect and conserve the natural shark population, and to put a stop to its mindless consumption.

Through the cooperation of Hong Kong’s food and catering outlets, we hope that the consumption of shark in Hong Kong may finally achieve recognizably sustainable levels in the near future.

We, the undersigned, also extend our support to the voluntary development of a comprehensive Seafood-Related Products Procurement Policy, applicable to all restaurants/food outlets under your management, with the aim of ensuring that all future sourcing of seafood-related products are from provably sustainable sources. 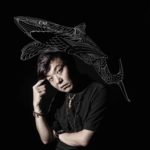 Asia is an area of strategic priority for marine conservation work, since the region catches, processes, trade and consumes many of the world’s marine resources. Asia is also, statistically, one of the regions with the greatest pressure on its coastlines, yet dedicated marine conservation barely exists. BLOOM has noted a large number of pressing issues which require ambitious, extensive and strategic intervention, and has decided to start to take appropriate action in Hong Kong.

In early 2009, BLOOM set up an office in Hong Kong, because few places have such a catastrophic environmental record. Hong Kong’s waters, once alive with manta rays, green sea turtles, Hong Kong groupers, Chinese Bahaba and hammerhead sharks, have been exploited to such an extent that fisheries have collapsed, and the ecosystem’s productivity has been almost lost. At the turn of the 21st century, the average weight of fish caught in Hong Kong was 10 grams; that is three times lighter than a sparrow. Moreover, Hong Kong’s waters are full of toxins and heavy metals.