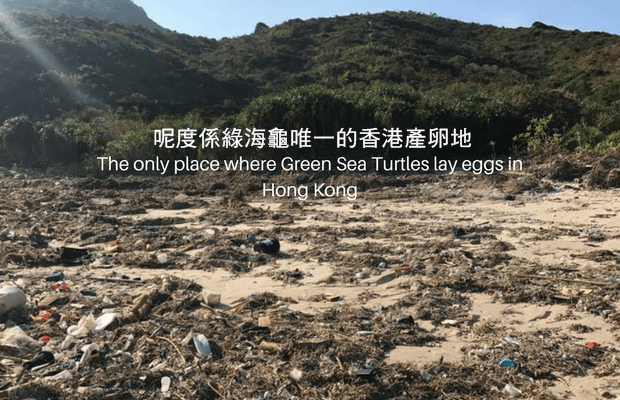 Director of Marine, Director of Agriculture, Fisheries and Conservation,

Sham Wan beach on Lamma Island in Hong Kong is the heartland for endangered green sea turtles (Chelonia Mydas) because of its unique role as the only regular nesting place for their species.

Unfortunately, today the beach and the existence of green sea turtles themselves are dangerously challenged by many factors including copious amounts of marine litter; the failure of existing laws to protect the turtles, including travel routes to the bay and their nesting spots on the beach; excessive noise pollution generated by water sports and high-speed motorboats; and dangerous ghost nets left behind from fishing activities.

According to media reports, the last time the GST nested on Sham Wan beach was in 2012 when they laid over 550 eggs on the beach and all the eggs sadly failed to hatch.

Unfortunately, there has been no new sightings of sea turtles arriving or nesting on the shores of Sham Wan beach since 2012 save for several dead ones in the water and on the beaches of Lamma Island in 2016 and 2017.

According to “Wild Animals Protection Ordinance” of 1999, Sham Wan beach is off limits to anyone during nesting season: June to October. The penalty for trespassers is set at HKD 50,000.

Despite the government’s ban on access to the beach, no extensive patrol is deployed to ensure the ban is effective. Campers, hikers, swimmers and even games of football has been cited on the beach in the past and no person has ever been charged for violation of this Ordinance. In fact, on most weekends, Sham Wan beach is usually overrun with people from the various party junks that moor off the beach unaware of the delicate eco-balance that the beach plays in the life of the green sea turtles.

Please sign if you agree we should take responsibility for the debris that is rendering Sham Wan beach (coming from OUR plastic consumption habits) an unsafe breeding ground for the endangered green sea turtles.

I’m writing to bring your attention to the litter and noise pollution that is blighting Sham Wan beach, the sole regular nesting ground, in Hong Kong, for the CITES category 1 endangered green sea turtles (Chelonia Mydas) and a popular site for other endangered species.

It is our belief at this point, the once lively and vibrant Sham Wan is in its incipient stages of transforming into a marine wasteland. Human trespassing and marine pollution are causing the current degradation of the green sea turtles’ nesting grounds resulting in the reduction in the global numbers of this beautiful species.

We believe that there still is time and that the damage done to Sham Wan beach can be reversed back to its former clean state. We wholeheartedly encourage the AFCD and Marine Department of Hong Kong to consider taking the following actions immediately: