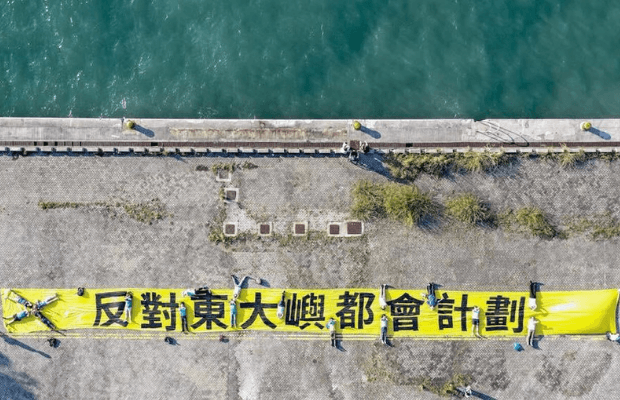 Secretary for Development, The Chairman and all other members of Central & Western District Council,

The Development Bureau has started promoting the Lantau Tomorrow Vision at district councils, and will go to the Central & Western District Council on Thursday, 7th March, 2019.

Dear neighbors, have you been consulted by your district councillors about this plan and about the serious impact it will have on you? Don’t be surprised if you have not been consulted! It is better that you express your own views directly. We cordially invite you to send the letter below to the Central & Western District, as well as the Development Bureau, to express your views.

To Secretary for Development, The Chairman and all other members of Central & Western District Council,

We are especially concerned about the impact of the Lantau Tomorrow Vision (the “Plan”) on Hong Kong Island residents, as well as all the people in Hong Kong. This Plan not only is highly costly, but also causes significant negative impact to the environment, and huge inconvenience to Hong Kong Island residents. I do not support this Plan at this stage, and urge all Central & Western District councillors not to support this Plan. Below is my rationale for not supporting this Plan:

1) Hong Kong actually already has ample existing land for development. For example, brownfields, under-utilised government land, military sites, etc. could account for 2,100 hectares. According to the Census and Statistics Department’s population projection for the next 50 years, the aforementioned land resources are sufficient to build enough housing for people’s accommodation. Developing brownfield land should be the priority, given the land already has infrastructure support. Reclamation in the middle of the sea for land supply has tremendous complications and is fundamentally unnecessary.

2) The proposed artificial island can accommodate a million people, representing almost 90% of Hong Kong Island’s population. However, there will be only one tunnel connecting to Central & Western District and destruction of quality public space (such as Sai Wan Pier) as per the previous report published by the CEDD. Would it cause insurmountable congestion in Central & Western District, affecting the whole of Hong Kong Island? How can we live in this kind of congested environment?

3）The tunnel connecting to Central & Western District will have many vehicles, seriously worsening the air quality, and damaging the health of nearby residents. As there are high numbers of elderly people in the Western district, deteriorated air quality particularly hurts them. As doctors point out, lung cancer cases are becoming more common in younger people, the causes of which are linked to air pollution. This Plan could have a dangerously lethal effect on Central & Western District residents.

4) What assessment has been done to show that the MTR can bear this additional population of a million people? Currently, the MTR is already congested during working hours. For how many more trains will we have to wait before we can get on? Also, such big infrastructure development can cause high inflation, putting additional pressure on our living expenses unnecessarily.

5）Why do we need to do reclamation at Kau Yi Chau Island? Has our government done a holistic assessment on how this Plan impacts the living quality of Hong Kong Island’s residents, environment and ocean ecology, transportation, noise pollution, air quality, economic benefits, risks and how to mitigate, etc.? If there has been no assessment, or if the residents have not been consulted or it has not been explained to them, this Plan should not be pushed forward.

Based on the aforementioned points, I do not have any reason to support the Lantau Tomorrow Vision, and request that the Development Bureau rescinds the Plan and sets a better direction for development first.

Concern Group for Protecting Kennedy Town Initiated and formed by Kennedy Town residents, concerned about the Cadogan Street Temporary Garden being changed into private housing and the Kennedy Town West Land Use Project.