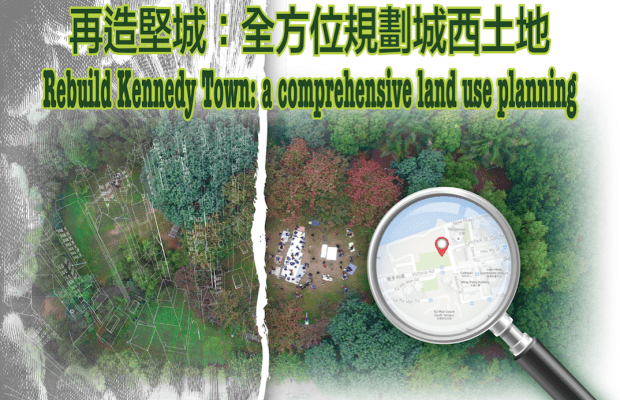 Our community! Our Choice!

Town Planning Board will soon gazette the Plan for public review. This Plan is critical as it affects the long-term living environment of our community, and we only have 2 months to voice out our views/objections. Below are the problems of the current Plan:

1. Over-development problem (adding 3,300 units along Victoria Street and Ka Wai Man Road vs. only around 1,200 units at present (Sai Wan Estate + Cayman Rise + Mount Davis 33)) is an underestimate as the Plan has not counted:
The impact of redevelopment of old buildings and surge in population on the east of Cadogan Street, e.g. the area along Belcher’s Street
Redevelopment of Sai Wan Estate is totally ignored
Surge in population is likely >20,000 people (>2x today’s population) but no change in road capacity or much-needed community facilities (e.g. community hall, public library, public elderly home, etc)
Transport Department already admitted the road capacity cannot be changed or enlarged – traffic congestion is serious now on Belcher’s Street and Victoria Road, with no clear solutions. How to cater for more people?
2. Eliminating the area’s only flat green grass park, Cadogan Street Temporary Garden (the “Park”) – leaving no meaningful alternatives, especially for the elderly and people in rehabilitation
The Park is to be replaced by private housing units, adding to traffic congestion, pollution and ventilation problems, affecting both new and existing residents
The proposed promenade is far away, has no grassland, many less trees than the Park, and will only be usable after 10 years, so is not able to substitute the current Park
Proposed Promenade will benefit new private residential units more than existing units (existing residents suffer from less than the Planning guideline’s 2sqm of open space per resident, despite the Plan’s claim that new residents will be getting 2sqm)
3. Public health risks not fully explained:
The Park has been safe for public use in the past 19 years and no imminent risks identified by EPD
Decontamination and digging out contaminants buried deep underground could cause more health hazards, since the current EIA report could be hugely underestimating the risks and scale of decontamination work due to insufficient historical analyses and sampling

Using the government’s proposal as a basis, concern groups have made another proposal. Below are the key features:

1. Conserve the Cadogan Street Temporary Park, make it permanent to link up with the future promenade to lead residents to the harbourfront seamlessly
Extend Cadogan Street Temporary Park & the pet park to Sai See Street for more green space
Maintain proposed primary school as per the Plan
Remove the commercial facilities in the promenade area to ensure it is a genuine recreational space for everyone
If commercial facilities are required, keep them minimal as snack food counters and put them between the new promenade and Cadogan Street Park as a buffer to serve people on both sides
2. Ka Wai Man Road’s ex-Police Married Quarters and Hong Kong Academy site
Develop it as community facilities such as a community hall, public library, or public elderly home as a buffer to serve existing residents on the east side and the new residents on the west side
3. Redevelop Sai Wan Estate (Phase 2) to increase the housing units from 600 to 1,000 (Phase 1 is to build the new public housing at Victoria Road so that Sai Wan Estate residents can be relocated in the same district)
4. The amount of meaningful open space per resident (e.g. flat grass park, accessible by the elderly and people in rehabilitation) within the Plan should reach 2sqm for both existing and new residents, not just the new residents
The effect of this proposal is to reduce the total number of new housing units from 3,300 to 2,700 (down 18% and all from private housing), while increasing the meaningful and quality green area and community facilities. 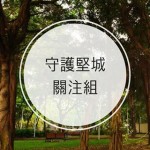 Concern Group for Protecting Kennedy Town Initiated and formed by Kennedy Town residents, concerned about the Cadogan Street Temporary Garden being changed into private housing and the Kennedy Town West Land Use Project