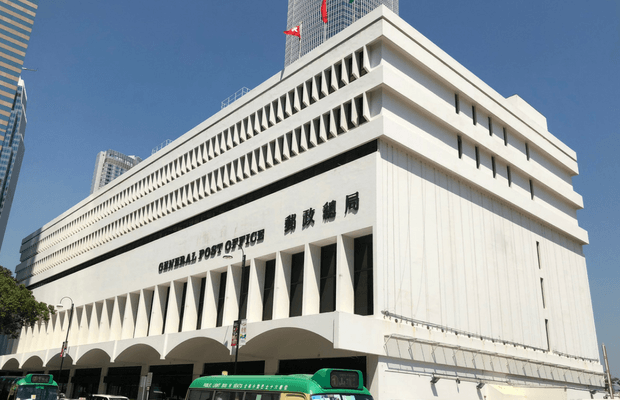 Reclamation and reconstruction at Central have been propelled in the recent years, resulting in many valuable historical landmarks being under threat. Located at the centre of Central, the General Post Office witnessed the history of postal service and reclamation development, and has since then become a collective memory of the public. Furthermore, if the Bank of China Building and the Former Central Government Complex are the masterpieces of the 1950’s architectures, and architectures of the 1960’s are represented by the Hong Kong City Hall and the Murray, then the General Post Office, which construction preparation had begun since the 1960’s and construction completed in 1976, is an indispensable part of the post-war modern Hong Kong architectural history. It manifests the leading construction and design capabilities of Hong Kong at the time among other Asian districts. The Hong Kong Government is duty-bounded to conserve this important public building. The demolish of the General Post Office was not mentioned in the consultation document of the Urban Design Study For The New Central Harbourfront a decade ago, such that it was not consulted with the public. However, just two years ago, it was suddenly planned to be demolished. In order to maintain just in protocols and emphasize the importance of the General Post Office, we list in below the reasons for conserving the building.

We urge you to preserve the General Post Office (GPO) in Central Hong Kong!

The General Post Office has witnessed the history of the postal service and is part of the public’s collective memory since its completion in 1976, due to being adjacent to the former Central ‘Star’ Ferry building.

The former Central Government Offices, Hong Kong City Hall and the original Bank of China building represent the best modernist architecture of the 1950s. Architecture from the late 1960s and 1970s is best represented in the Central Business District by the Murray Building and the GPO – both these buildings are excellent examples of modernism with elements of Brutalism which are rare in Hong Kong. Your government has wisely preserved the successfully repurposed Murray Building and we urge you to also preserve the architecturally significant GPO.

The demolition of the GPO was not mentioned in the consultation document of the Urban Design Study for the New Central Harbourfront a decade ago. Two years ago it was announced that the land would be sold and the GPO to be demolished. This decision was made with no public consultation and is unacceptable because:

We urge the government to withdraw the decision to demolish the General Post Office, to re-evaluate the building, and conduct a public consultation!

This petition was started by Central and Western Concern Group 中西區關注組 on October 4, 2018, with an end date of December 31, 2018.