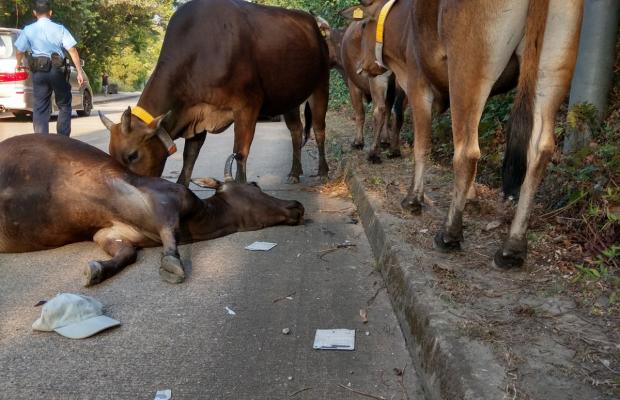 We Petition:
Commissioner for Transport,

Speeding and reckless vehicles on South Lantau have made the roads unsafe for pedestrians, drivers and animals. This petition has been started due to lack of action/help by the Transport Department. Possible solutions include: lowering speed limits in certain residential areas, more speed cameras/speed signs, a crosswalk etc. It is important to sign this petition as it will make the Transport Department further aware of the public’s concern towards their continuous lack of action regarding safety issues.

The Transport Department likes to make excuses for why they can’t help, instead of how they CAN.

To Commissioner for Transport,

We, residents of south Lantau demand immediate action by the Hong Kong Transport Department in order to stop the speeding and reckless driving on south Lantau roads. South Lantau roads are not safe for residents, pedestrians, cyclists, drivers, wildlife or cattle, due to the overtaking on blindspots and constant speeding by most vehicles.

We also demand that:

In addition, we would also like an increase in traffic police officers to be deployed on a regular basis in order to ticket and cite offenders.

Accidents involving vehicles and animals are increasing on south Lantau road and this situation cannot be permitted to continue.

We are tired of waiting for the Transport Department to take action and on a daily basis, members of the public are in danger from speeding vehicles when crossing south Lantau road.

The government policy is to increase tourism to Lantau island and already there has been a greatly increased number of buses and taxis and no additional measures have been taken to address the increased risk to all the affected parts of the Lantau community – action must be taken immediately. The current lack of concern and in-action by the Transport Department and traffic police is not acceptable.